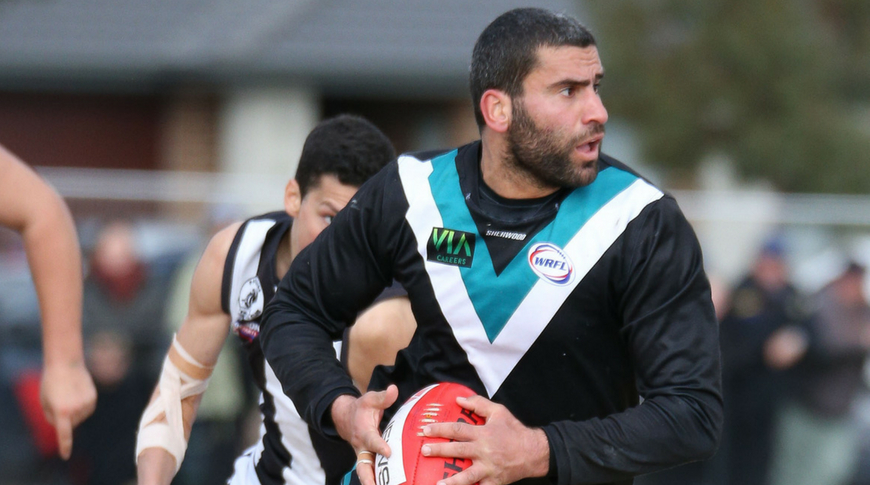 The man affectionately known as Ziggy will play his 350th WRFL game on Saturday.

One of Newport Power’s favourite sons, Ziggy Kadour will mark the special milestone, when the Power take on West Footscray at Langshaw Reserve tomorrow.

Ziggy is the current playing-coach for the Power and was the club’s inaugural Senior Premiership Captain, when the club was crowned Division 3 premiers in 2016.

He has had a decorated playing career in the WRFL, he also won the 2012 Division 1 Premiership with Altona and in 2007 was part of West Footscray’s Division 2 Premiership victory.

Ziggy has played with the Western Jets and in the VFL with Port Melbourne, but perhaps one of his most important roles, was getting the Newport Power Football Club back up and running in the WRFL.

“He has made a massive impact on and off field in regards to bringing a positive culture back to the senior club. He is open, honest and only wants the best,” Newport Power administrator Dave Grubits said.

Grubits said the reason for Ziggy’s longevity and growing passion for the game was his desire to give back.

“He is a very unselfish person, he would rather use his talents and share his knowledge in the community he grew up in,” he said.