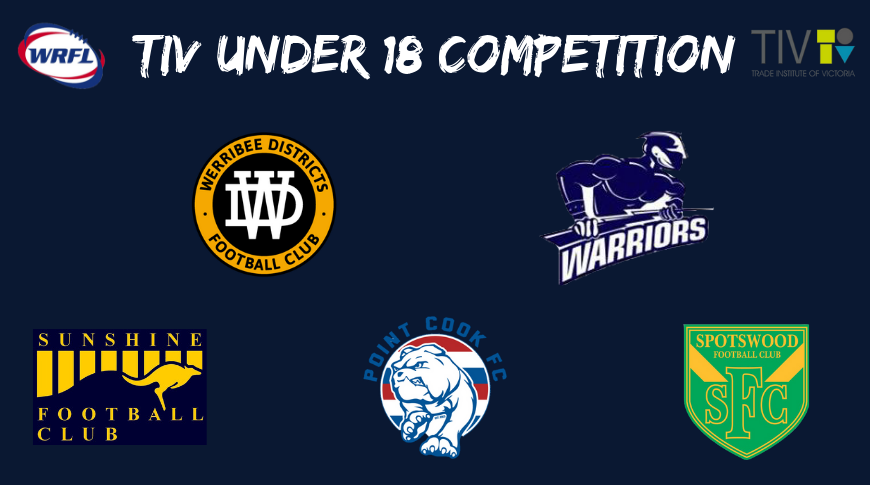 The 2019 TIV Under 18’s split up into two divisions for the first time this season, with a series of enthralling games played throughout both divisions.

After a miraculous last-minute effort to sneak into the sixth and final Division 1 spot last weekend, Flemington Juniors suffered a 52-point loss at the hands of Werribee District 1.

Werribee’s second half performances have been impressive all season and this trend continued Saturday morning, as the third-placed side kicked six goals, while conceding just one major for the half.

Darcy Phillips kicked three goals for the winners, while Luke Tarola and Jesse Corbett were among Werribee’s best.

After leading the first two quarters, the Warriors found themselves trailing the Lakers by 4-points at three-quarter time, however Hoppers Crossing clawed themselves back into the contest, winning the game the of the round in dramatic fashion, 9.6 (60) to 8.4 (52).

Both sides had a plenty of contributors in the tight contest, however the two standouts were Ezzat Haddara of the Warriors – who kicked 4 goals – and Mutaz El Nour from the Lakers.

In Division 2, Spotswood claimed their first win of the ‘second season’, with an impressive 21-point away victory against Werribee Districts 2.

After a gripping first half with only one goal separating both teams, the Woodsman used a seven goal second half to get over the line.

For the victorious Woodsman, James Cardwell, James Heriot and Patrick Dragovic kicked two goals each, while Harrison Newitt was important during a tense opening half.

The league-high 25 goal performance was set up by a strong opening quarter and later brought home by a breathtaking 16 goal second half, thanks to Benjamin Walker (5 goals), Sean Sturrock (4 goals) and Guy Clark (3 goals), who combined for 12 goals.

Led by four majors from Nicholas Mckay and a rejuvenated Joshua Abrogar and Osama Abdo, Sunshine hopped back on the winners list with a spirited 26-point win against St Albans.

The Kangaroos won 9.15 (69) to 6.7 (43), kicking over two goals in every quarter, while also holding the Saint’s goalless in the second and third quarters.

Hoppers Crossing 2 had the bye for round 1.