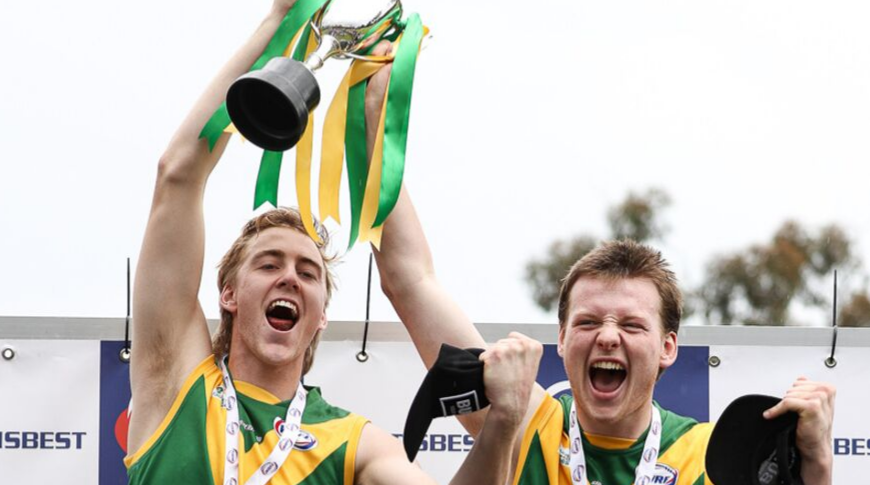 Under a bright blue, mid-September sky, an Under 18’s powerhouse club was sent packing in the most dramatic upset of the TIV Under Division 1 finals thus far.

All season long, Altona had asserted themselves as the most dominant side in the competition.

A ferocious attack which resulted in over 1760 points, paired with a relentlessly suffocating defence which had conceded just 437 points over 17 games, the Vikings appeared to be the closest thing to the perfect side and a sure thing to play off in the 2019 Grand Final.

In a game of little separation for the first three quarters, Districts 1 used a three-goal last quarter to break open the contest in a low scoring finals affair.

Shockingly, in their biggest game of the season, Altona’s four goal effort was the Vikings’ lowest score for the entirety of their Division 1 season – thanks to the remarkable defence by Werribee’s back six.

Cooper Bailey followed up last week’s strong performance against Yarraville Seddon, with another eye-catching effort, while Luke Tarola’s pace and carry was irreplaceable in the dry conditions.

Lachlan Grima kicked a game high 3 goals for the winners.

For the Altona, Luke Whatman carried his side for much of the first three quarters, while Jakeb Tunzi and Thomas Rowland were admirable in defeat, kicking all four Vikings’ goals for the game.

To Division 2’s Grand Final between Spotswood and Point Cook and under wet, wintery conditions, it seemed Sunday’s decider would be decided by which team could settle fastest and use the ball the cleanest.

Thanks to strong starts by Abdul El Houli, Patrick Dragovic and Cameron Rains, Spotswood opened the Grand Final in emphatic fashion, kicking the game’s first six goals on the way to a 53- 24 half-time lead.

But like they have all season long, Point Cook would respond, providing a captivating display of physicality around the contest and gut running into space, down the long Avalon Oval wings.

However, following their internal club mantra “none of us is as good as all of us”, Spotswood seemingly saved their best for last, constructing a brilliant term of team first football; one which included a ruthless four goal surge over eight astonishing minutes.

Midfielder James Cardwell produced one of the classiest Grand Final goals in recent memory, roving the ball from the centre bounce before evading two defenders in heavy traffic and finishing truly from 45 metres.

Cardwell’s 14th minute stunner extended the Spotswood’s lead to 30 points, all but sealing the game.

The Woodsman’s 14.9 (93) to 9.9 (63) victory would be highlighted by forward Cameron Rains being named best on ground, while Darcy Cullen was exceptional all game.

The exciting top-two clash was a fitting end to a great season of Division 2 Under 18’s football for 2019.