Home › Senior › WOODSMAN RUN OVER THE TOP OF TIGERS 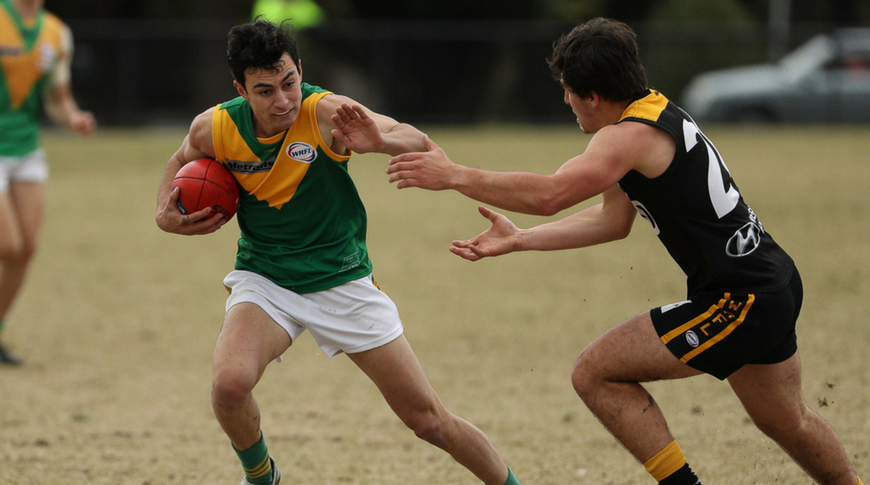 WOODSMAN RUN OVER THE TOP OF TIGERS

Spotswood booted 13 goals to five in the second half to come from behind to defeat Werribee Districts on Saturday, with the Tigers losing its second straight match.

The Woodsmen were down by a goal at the half, but ran over the top after the restart and emerged 46-point victors, jumping to second on the ladder and confirming their premiership aspirations.

Deer Park vaulted to the top of the ladder following its monstrous 191-point thrashing of Wyndhamvale in this season’s biggest win, as the Lions kicked at least eight goals in every quarter.

Scott Greenhough was also prolific as Deer Park did as they pleased.

Wyndhamvale were kept goalless in the second and fourth terms, ending the matchup on just one more point than Deer Park had total behinds as the Lions added 35 percentage points in the win.

A juicy match-up against Altona awaits Deer Park in Round 10.

The Warriors were the better side for most of the day, controlling the tempo and having a majority of possession over the four quarters, but couldn’t apply scoreboard pressure early.

The Warriors took control on the scoreboard in the second half, booting six goals to four and now sit 6-3.

Harley Armstrong-Weston and Jordan Mead each kicked four goals in the 11-point win.

Altona couldn’t get going in the match-up, slipping from first to third on the ladder.

Declan Moloney was in great form, while Fabian Brancatisano and Lachlan Smart kicked three majors each in the 26-point win.

Four final quarter goals sealed victory for Albion, who overturn an eight-point deficit against St Albans in the third term to run out 15-point victors.

Cody Bench was one of the best on ground for the Cats.