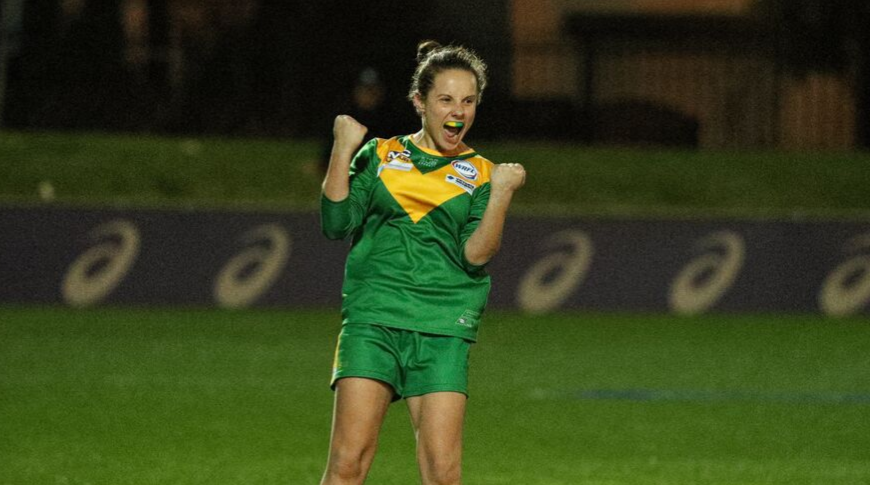 Spotswood had all of the ball in the first quarter, but just couldn’t quite make them stick – scoring five behinds in the opening term, but managing to keep their opposition scoreless. They took it up a notch in the second, booting three goals to one and taking a 15-point lead into the main break.

Caroline Springs fought hard in the third, hindering Spotswood’s momentum and conceding just one behind. While goals from Jessica Kalmar and Kelsey Hildred closed the gap, and the Lakers took a deficit of just three points into the final break.

However, momentum quickly swung back in favour of the Wolves.

Kayla Koropeckyj hit back with her second goal, to put Spotswood back in front, before the competition’s leading goal-kicker, Caitlin Brennan, fittingly kicked the sealer.

At the final siren, it was Spotswood by 11 points – making them the 2019 Premiers!