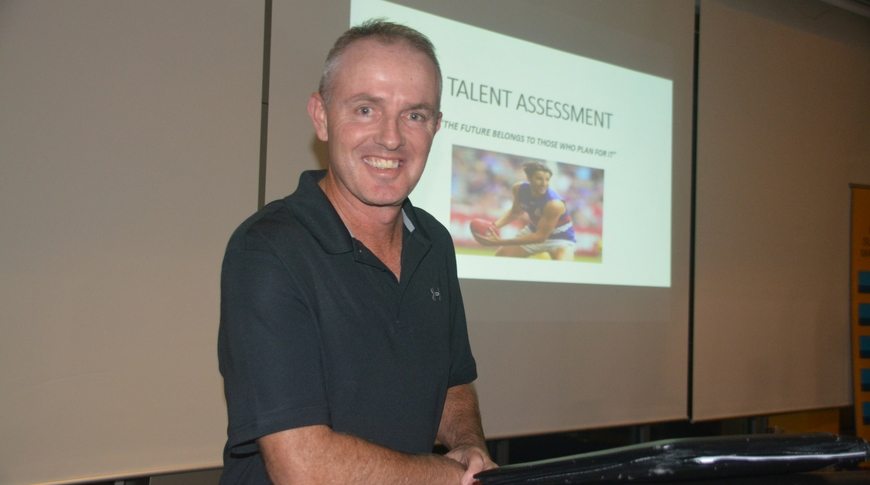 In preparation for the 2018 WRFL Junior season, the Williamstown Juniors Football Club event hosted a special event for their players last week.

About 150 juniors, ranging from Under 9’s through to Under 17’s, attend their ‘Leadership Night’ at the Seaview Events Centre in Williamstown.

“This is what our footy club is about, our focus isn’t about developing great footballers, the focus is to develop great people in our community,” he said.

“We are developing these juniors and using football as the tool.”

Simon Dalrymple was the first to speak, he spoke about the pathway to the elite level and what recruiters look for in potential draft picks.

“He spoke about a players character, their schooling and friendship group,” Furlong said.

“It wasn’t all about kicking on your left and right foot or how well you did on the beep test, it was about their character.”

Furlong said an important message Simon told parents and players was that if he wants to draft someone he will go to their home and see how they interact with their family.

“He said he would go to the family home for dinner and check out the environment and how they interact, does the player just sit there or are they engaged with the family and help out. I thought that was an important message,” Furlong said.

Daniel Giansiracusa was the next to speak.

Giansiracusa played junior football at Williamstown Juniors between Under 9’s and Under 16’s. He was a part of the club’s Under 11 premiership, his only one to date.

Furlong said he spoke about the importance of making football fun. He said he spoke to the coaches about making sure the game was fun because that’s when you get the best results out of your players.

Furlong said the former Magpies backman spoke about his journey as a junior through to the AFL level.

“He (Maxwell) got cut four times at the Geelong Falcons and as a youngster he had to come up with a Plan A and a Plan B,” he said.

“He spoke about resilience and adversity and asked the players what adversity meant to them, he broke it all down.”