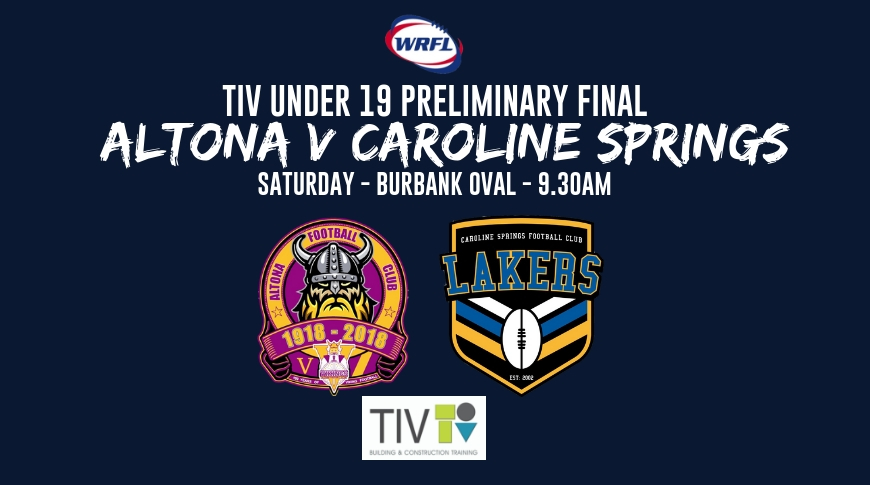 WARRIORS THROUGH TO GRAND FINAL

HOPPERS Crossing defeated Altona in Saturday’s TIV Under 19 Semi Final, earning themselves a week off and a spot in the final game in September.

The Vikings, who finished the regular season on top of the ladder, had a week off during the first weekend of finals, while the Warriors defeated the Lakers to get the opportunity to take play in the Second Semi Final, and they made the most of their opportunity.

Mohammed Haddara, Ezzat Haddara, Shady Haddara and Radwan Haddara all played important roles for the Warriors, as they raced out to a 15-point lead at half-time.

They kicked five goals to two in the second half, shocking their opponents to earn a spot in the Grand Final.

The margin was 47-points at the final siren.

That margin could have been bigger if Hoppers Crossing kicked straight, they had 33 scoring shots to 16.

The Vikings have one more chance to make it into the Grand Final, they will face Caroline Springs in the Preliminary Final at Burbank Oval on Saturday.

The Lakers knocked Werribee Districts out of the finals series, after they scored a 22-point win on Sunday.

The Tigers led by two-points at half-time, but that’s as close as they got, with the Lakers kicking five goals to one in the second half.

The TIV Under 19 Preliminary Final between Altona and Caroline Springs will be played at Burbank Oval on Saturday at 9.30am.