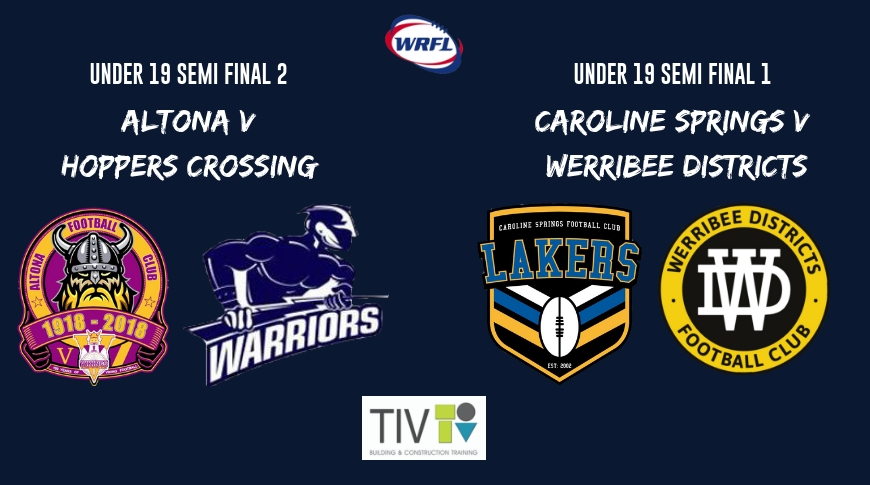 Hoppers Crossing has set-up a showdown with Altona in the Under-19 TIV Competition, after defeating Caroline Springs in the Qualifying Final on Saturday.

The Warriors got off to a fast start, opening up a 22-point lead at quarter time.

The Lakers fought back in the second term, closing the gap to just two-points at the main break.

It was a hotly contested game in the third term. Four points separated the two sides at three quarter time, with the game there to be won.

Both sides kicked two goals each in the final term, but it was the Warriors who kicked more behinds, which ultimately was the difference, winning by seven points.

The Warriors will now go head-to-head with Altona, who earned the week off. The Vikings finished the home and away season in first place, having won 13 of their 15 games.

The win of this clash will book their spot in the 2018 TIV Under 19 Grand Final, which will be played at Avalon Airport Oval on September 22.

The Lakers still have another chance to progress through finals, they will take on Werribee Districts, who ended Point Cook’s season on Sunday.

The first half saw the Tigers kick 14 goals, while keeping the Bulldogs scoreless.

The last time Caroline Springs and Werribee Districts played, it was the Lakers who won by 23-points at Town Centre Oval.

The two sides will meet at Avalon Airport Oval on Sunday morning.