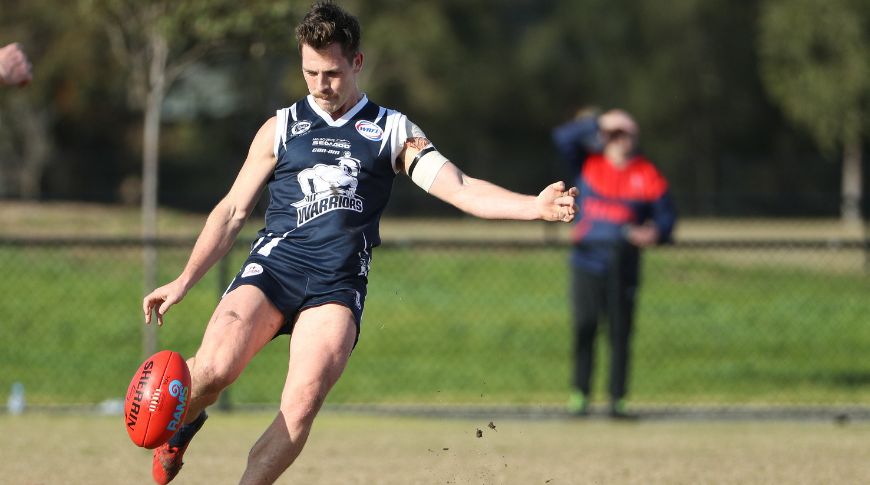 WARRIORS IN THE TOP FIVE

2019’s RAMS Division 1 finals fixture took one step closer to being finalised, with several key results occurring over this round.

Deer Park were able to avoid a third-straight loss, with a strong 32-point win over Werribee Districts. With Jase Perkins missing through a ruptured teste similar to North Melbourne’s Scott Thompson injury, Jack Redpath stopped his own form slide, with an excellent performance up forward.

The win puts the reigning premiers back up to third, with Werribee Districts sliding back to fourth. Deer Park, Werribee Districts and Hoppers Crossing all sit on 10 wins, with the top 5 set to fluctuate over the last three rounds of the season.

Deer Park will hope this return to form can carry over to their visit to Spotswood next weekend, while Werribee Districts will look to return to the winners list against Point Cook.

Hoppers Crossing are finally in the top five after a strong back end to the season, defeating Point Cook by 93-points. Daniel Riosa starred for the Warriors, alongside Brenton Payne who kicked six goals.

The Warriors will be intent on securing their position in the finals with a win over Caroline Springs next weekend, with St Albans trailing Hoppers Crossing by a game and six per cent.

The Saints continued their struggles over the last month with a 37-point loss to second-placed Spotswood. After a closely fought first-term, Spotswood flexed their talent with Wayne Patak and Steven O’Bryan starring in the midfield.

St Albans now have to rely on other results going their way and win their remaining three games, starting with Albion next weekend.

The Cats remain winless in 2019, going down to Sunshine by 116-points. After starting slowly in their previous fixture against Albion, the Kangaroos were keen to start strongly and make an early impression.

Josh Linton was outstanding throughout the contest, as Sunshine kicked away in the second half to record a dominant win.

The Kangaroos won’t make finals in 2019 but they do have the chance to shake the teams above them, as they take on Altona next weekend.

The Vikings secured a major 178-point win over Caroline Springs, taking one step closer to a second successive minor premiership. Setting the tone with a seven goal first quarter, Altona were simply too strong for the Lakers.