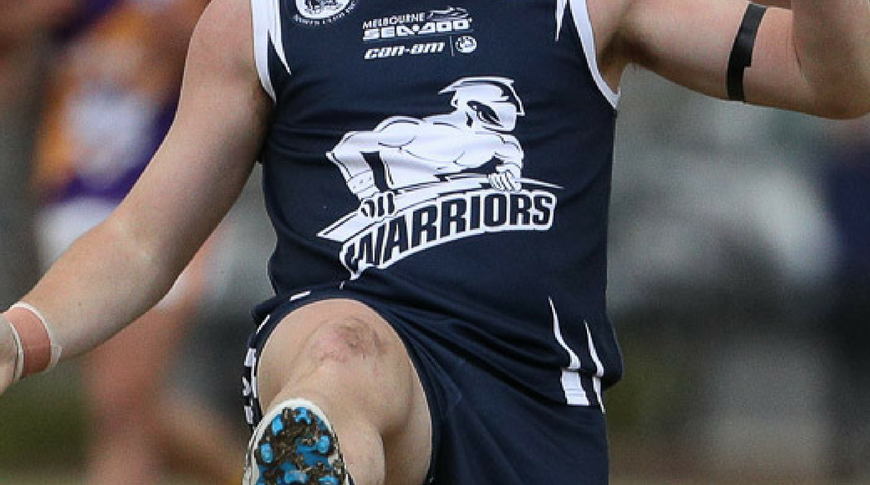 Altona comprehensively dismantled Point Cook, while Hoppers Crossing edged out Caroline Springs in what was an enthralling contest in Round 12 action of the TIV Under 19 competition.

In the clear match of the round, both Hoppers Crossing and Caroline Springs came into the game knowing that anything short of their best would not suffice. Both sides traded blows throughout the game, as barely anything separated the two premiership contenders.

At each major interval, nothing more than a one-goal margin separated both outfits.

Enter Ahmed Haddara. Much to the joy of the Warriors and dismay of the Lakers, the star forward bagged six majors, to become the key difference in the 11.6. (72) to 9.10. (64) in the thrilling victory.

Alongside Haddara, Jack Xuereb and Brendan Neville were instrumental factors in the Hoppers Crossing victory. For Caroline Springs, Daniel Scerri was the only multiple goal-scorer with two majors, while Jy Lambley was a huge presence across the ground throughout the entire contest.

The victory leaves Hoppers Crossing two games clear of the Lakers in third spot on the ladder.

In the other match that took place in Round 12, Altona was able to convincingly beat Point Cook, largely thanks to efforts of forward Zayne Wallace.

Wallace booted eight goals in the 19.19. (133) to 2.0. (12) victory. Wallace was supported by Jawad Jawad, who also kicked three majors. Lachlan Goodland and Thomas Langham also featured prominently in the victory, with their clean disposal by hand and foot throughout the midfield.

The Vikings dominated proceedings from start to finish, and took care of business as they firm as favourites for the minor premiership.

For Point Cook, Connor De Brincat was a rare shining light on what was a dour day.

Werribee Districts had a week off with the bye, and will look to resume their campaign and build some momentum towards finals when they play Caroline springs in Round 13.