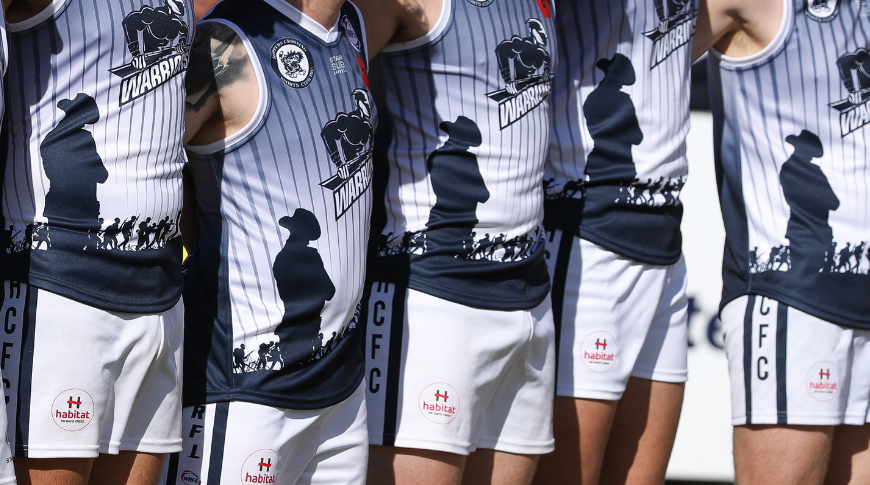 The 2019 TIV Under 18’s boy’s competition was back in action on Thursday for Anzac Day, with Round 3 paying tribute to the Australian servicemen and women who have served and sacrificed for our great country.

In the Anzac Day blockbuster, Hoppers Crossing 1 built on their round two dominance, with an impressive 26-point victory over the previously undefeated Werribee Districts 1, 10.12 (72) to 7.4 (46).

In a thrilling contest, the Warriors used a 5-goal final term to notch their most impressive victory of the season.

Meanwhile the Eagles announced themselves as a scoring powerhouse with a commanding 114-point victory over the Werribee Districts 2, 20.21 (141) to 4.3 (27).

In what’s becoming an ominous early season trend, Yarraville raced out to a dominant first quarter lead (31-points), before increasing the margin at every break.

The Eagles were well led by Arkii Van Wills, while the dynamic trio of Mohammed Haddara (5 goals), Marwan El-Houli (5 goals) and Bader Ismail (3 goals) continued to impress, kicking 13 of the Eagles 20 goals.

After just two games, the trio have now kicked 21 majors between them.

Silver Yousif and Chaitanya Sarikonda each kicked 4 majors for the Vikings, who scored 17 goals to 3 after an even first quarter.

Dylan Ciappara and Damien D’Silva performed strongly as the Lakers claimed their second win of the season.

Jackson Watt led the way for Point Cook, while Christopher Richmond was notable in defeat for Sunshine.

Meanwhile Flemington achieved their biggest win of the season with a thumping 95-point away victory over Werribee Centrals, 17.14 (116) to 3.3 (21).

Closing out round 3, the Eagles sit on top of the ladder with an incredible 424-point percentage and remain the only undefeated team in competition, while the Centrals, Spotswood and St Albans will all enter round 4 seeking their first win of 2019.