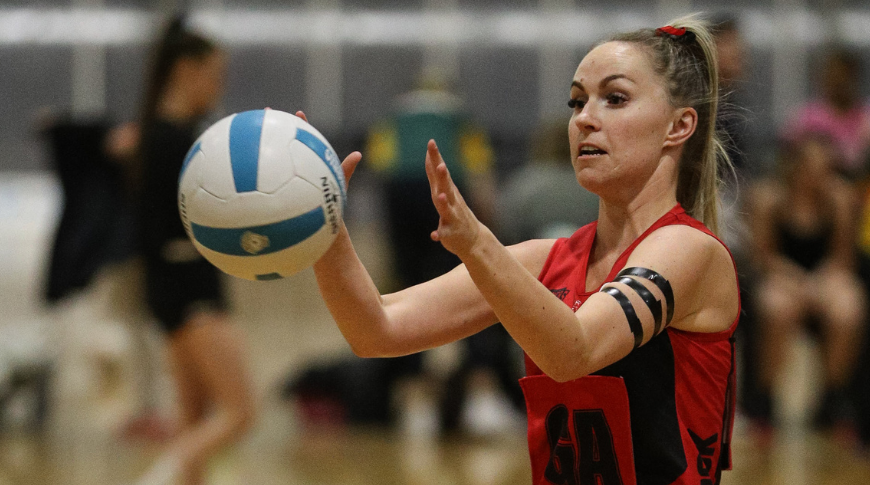 Victoria University WRFL Netball returned on Friday night after a three week break due to the recent Melbourne lockdown, with teams across all four divisions excited to be back on court.

North Footscray She Devils 1 almost scored a come-from-behind victory against Braybrook Hawkins, but ultimately fell short, losing by the narrowest of margins.

The She Devils outscored their opponents in the final quarter 7-5, but lost the match by a goal. The final score was 27-26.

Heidi Hamilton and Cassie Pell played well for Braybrook, while Stacey Jamieson was among the best for North Footscray.

The win was Braybrook Hawkins’ fifth of the season.

Hulls along with Kalia Ingham and Ashlee Mitchell all impressed.

Ladder-leaders Point Cook Centrals Sharks picked up from where they left off, from before the forced break, defeating Spotswood Gold 46-28.

A strong second-half performance by the Sharks was the difference, outscoring Spotswood 22-11.

Point Cook Centrals Sharks have not lost a game this season, they will look to continue their winning streak on Friday when they go head-to-head with Braybrook Hawkins.

In Division 2, Braybrook Priest led at every change against Wyndhamvale Falcons Green.

The Falcons fought gallantly throughout the match and almost scored an upset win, but it was not to be, Braybrook Priest held-on to win by three goals.

Spotswood increased their margin over North Footscray She Devils 2 after every break, eventually winning 30-19. Anna Van Rooden and Caitlin Phillip were standouts for Spotswood Green.

It was a great team effort from the Cobras, who worked hard across all three thirds of the court. Defenders Margaret Simek and Alana Blyth worked well in the goal ring, restricting the Sharks attack. The final score was 39-30.

In what was an intense, competitive match, the Magpies shot 10 goals to six in the second half, to record a 18-16 win.

In Division 4, Manor Lakes Lightning had a four-goal win over Sunshine Heights.

Wyndhamvale Falcons Gold won their fifth game of the season against Laverton Magpies White. The win sees them cement their spot on top of the ladder. They are two games clear of the second placed Glen Orden First National Hawks.