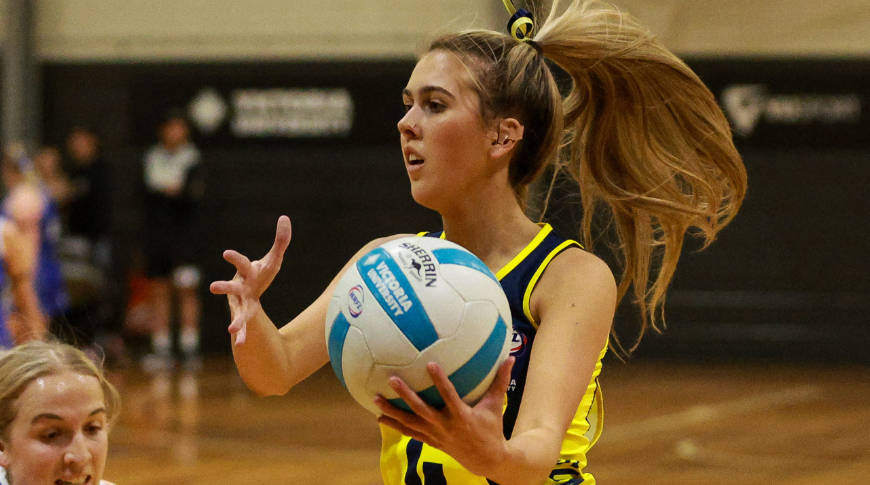 In what was their best performance of the year to date, the Kangaroos led at every change, winning 33-28 on Friday night.

Led brilliantly by defenders Cassie Hayes and Sheridan Ness, Sunshine put in an impressive four quarter effort to down the Suns.

Sunshine will aim to make it two straight wins when they take on North Footscray Red Devils 2 in Round 10.

In another upset, the sixth placed Lakers Black defeated Laverton White, who are sitting in second spot in Division 4.

Natasha Zlegelaar was among the best on court for the Lakers as was Demmi Gosling, who shot 21 goals. The final score was 34-20.

The Lakers will be hoping to make it three straight wins when they play Manor Lakes Storm 4 on Friday.

The Devils will be hoping to bounce back from their 40-26 loss to Braybrook White.

The Devils had their chances to peg back the lead, but missed too many opportunities in the goal ring, particularly in the final quarter, scoring just eight goals from 17 chances.

For Braybrook, Brogan Carter was the standout in the mid-court as was Rhiannon Hughes in the defensive third.

Manor Lakes Storm’s dominant first half was the difference in their 42-23 win over Glen Orden Hawks 1.

The Storm shot 25 goals to 11 in the first half – a great first half in attack.