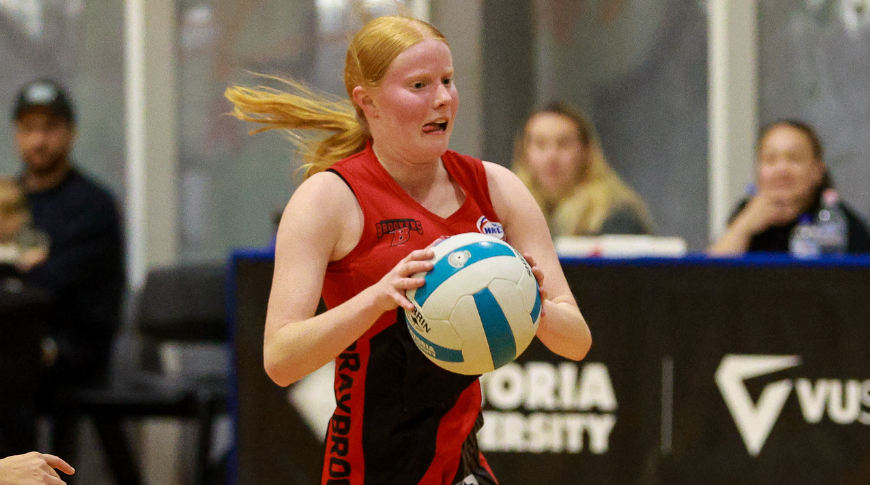 Glen Orden Hawks 2 fought back from being three goals down at three quarter time to overcome a gallant Sunshine Heights team in the Victoria University WRFL Netball Division 5 competition.

The Dragons almost scored its first win of the season and nearly upstaged the ladder-leaders, however they weren’t able to hold onto their lead in the final quarter.

It was a tightly contested contest up until half-time, with scores level at the main break.

Rebecca Parker and Chantelle Agius were shooting brilliantly in the goal ring for Sunshine Heights and in the third quarter got their team in the lead by three goals.

However, Hawks Center Jarrah Crane stepped up and provided plenty of run through the mid-court, lifting her team.

Glen Orden shot 10 goals to five in the final quarter to overcome Sunshine Heights and win 37-35.

The game was evenly poised heading at three quarter time, with scores level at 22-apiece.

However, it was the Bull Sharks that made the most of their opportunities, scoring nine goals to six to run out 31-28 winners.

Kelly Hanniver and Amber Stanley were best on court. For Laverton Black, Hayley Closter battled hard throughout the game.

In the final game of the round, Albanvale White won its sixth game of the 2022 season, defeating Lakers Grey 37-24.

The Cobras had an impressive start to the game, racing out to a 10-goal lead at the first break. Their third quarter was equally good, shooting 13 goals for the quarter.

Tamara Taylor competed well for Albanvale, having played the first half in the Wing Attack position before moving into Goal Attack, shooting 12 goals.

It will be a top-of-the-table clash in Division 5 in Round 11 this Friday, with Glen Orden Hawks 2 taking on Albanvale White. The game kicks off at 8.30pm at VU Whitten Oval.