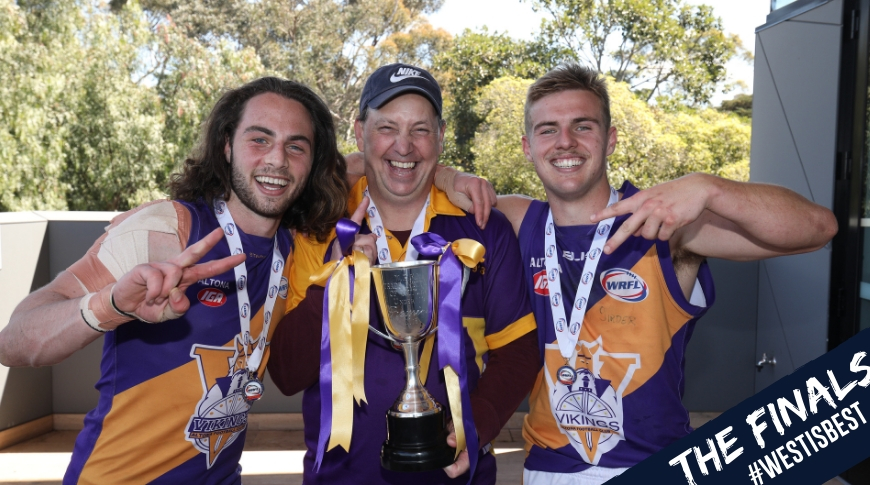 The day had finally arrived. Hoppers Crossing and Altona met at Avalon Airport Oval in order to contest the Grand Final of the TIV Western Region Football League Under 19 Competition.

Both sides entered the contest with the expectation to win.

Altona had largely been the likely favourite throughout the course of the home and away season, but the recent memory of Hoppers Crossing’s 47-point win against the Vikings in the Semi-Final was lingering quite vividly in the memory of both sides.

And judging by the first quarter, it seemed set to repeat itself all over again. An opportunistic Hoppers Crossing outfit took advantage of their chances, and led by four goals at the first break.

However, the Vikings were able to find more rhythm with their ball movement whilst increasing their pressure upon the Warriors, resulting in the deficit being reduced to just three points at the main break.

The stakes were high, and the encounter could go in any direction. The third quarter, or ‘premiership quarter’ as it’s known, involved large amounts of pressure from both sides.

At the final break, Hoppers Crossing once again held a three point lead over the Vikings.

The premiership was up for the taking for either side. Both sides fought gallantly, but it was Altona who were able to flex their muscle when called upon, as they kicked four goals to one and run out as 15-point winners.

Altona star Jack Papachatzakis was named best on ground with three goals in a powerhouse display, while star forward Daniel Pantalleresco also chimed in with three majors of his own.

For the losing side, Conor Enever and Jack Xuereb stood out in what a tantalisingly close effort.

With that, we conclude a memorable and exciting season of WRFL U19 football for 2018.

Congratulations to all the players, officials, supporters and coaches for ensuring a successful season.