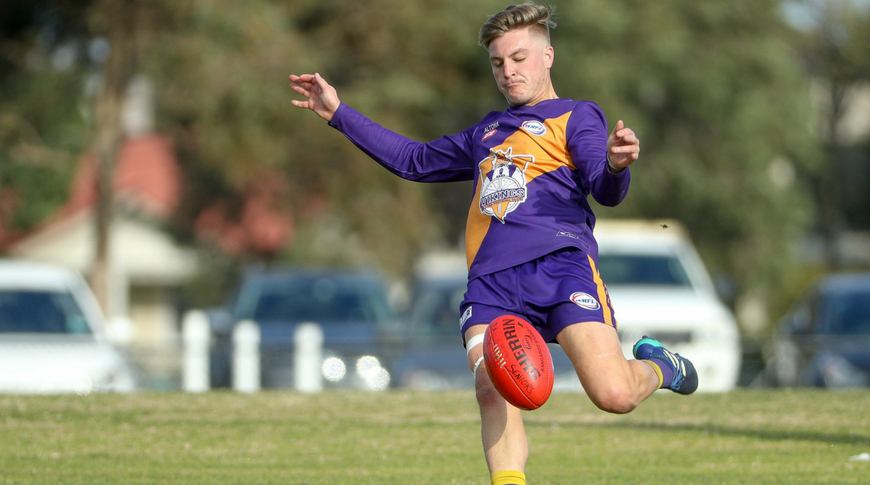 Altona survived a late scare to hold off the fast-finishing Werribee Districts, to win by 13-points in RAMS Division 1 on Saturday.

The win puts the Vikings into second spot on the ladder with two games remaining in the regular season.

Altona led at each break and used a four goal to one second term to break the game open. They looked headed for a percentage boosting win up by 37-points at three quarter time, but five goals to one from the Tigers ensured it was a closer finish than first thought.

Inaccuracy and a lack of goals cost the Districts given their strong finish, as they managed just three majors through the first three quarters.

Altona’s Patrick Rose finished the game with four goals, while Trent Rafferty also played an important role for the finals bound side.

It doesn’t get any easier for Werribee Districts, they face Deer Park this week.

Braden Ferrari continued his strong form in front of goals with 4 majors in Hoppers Crossing’s 51-point win against Wyndhamvale.

The Warriors were on top early and put the game away in the third term, booting seven goals to three as they remain firmly in the hunt for a top two finish.

Deer Park scrapped its way to a 37-point) win against Caroline Springs, helping to maintain its position on top of the ladder.

The Lions needed five goals to two after half time and a goalless Lakers third term to secure the win.

The loss leaves Caroline Springs unable to finish higher than seventh ahead of its clash against Spotswood.

The Kangaroos held the Cats to just four behinds in the first half on top of 11 goals of their own.

They’ll face St. Albans in the penultimate round of the season.