Home › Senior › VIKINGS AND TIGERS CONTINUE TO LEAD THE WAY 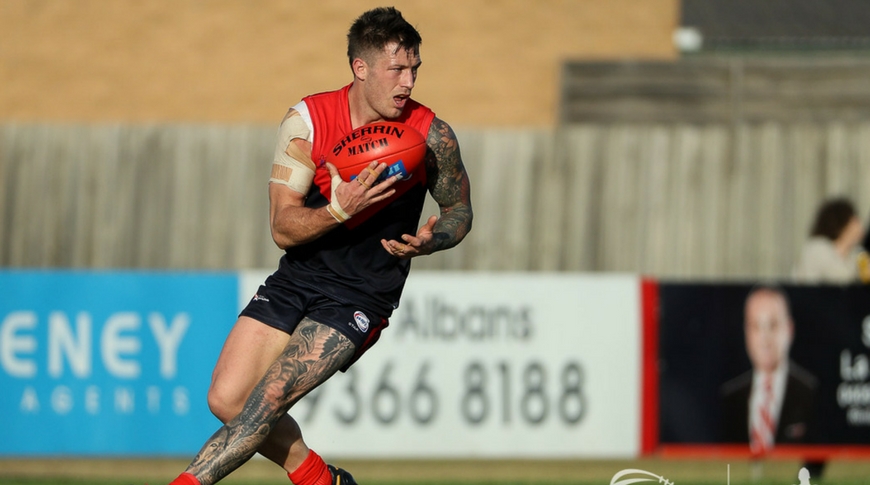 VIKINGS AND TIGERS CONTINUE TO LEAD THE WAY

Patrick Rose’s eight goals led the Altona Vikings in a wire to wire victory that sends a warning shot to the rest of the competition about their premiership aspirations.

Both Rose and Sean Tighe (five goals) booted more majors than the entire Albion team in a dominant display from the home side, whose percentage now sits almost 40 percent higher than second-placed Werribee Districts.

With their offence flowing, Altona’s defence was just as strong as they held the Cats to two majors in the first half and just one in the second half, helping the home side run out 129-point winners.

Jason Butina was the only multiple goal kicker for Albion, their percentage tumbling by 42.79 in the loss.

The Vikings will travel to St Albans in Round 5 while the Cats will look to get back on the winners list this week, but face the five-time reigning premiers, Deer Park.

The Werribee Districts maintained their undefeated streak to start the season in a tight four-point win against Caroline Springs.

Both sides booted five goals in the second half, but Werribee’s eight behinds was the difference as they came from behind at quarter time to record the 11.14. (80) to 12.4. (76) victory.

Joshua Mellington’s six goals kept the Lakers in the game, but it wasn’t enough as they went down and lost their fourth consecutive game.

The Districts will face local rivals Hoppers Crossing next week while Caroline Spring hosts Wyndhamvale in a battle of the two winless teams in RAMS Division 1.

Ten goals to two in the second half helped Deer Park overcome a pesky Sunshine and run out 66-point victors.

The Kangaroos were in the game at half-time and trailed by just 11, but the class of the Lions was too much to keep quiet for too long.

Sunshine will look to regroup when they host Spotswood in Round 5.

Three goals in the last quarter was enough for the Warriors to keep the Woodsmen at bay, the 35-point win putting the home side firmly in third place on the ladder.