Home › Senior › UNDER 18’S BATTLE UNTIL THE END 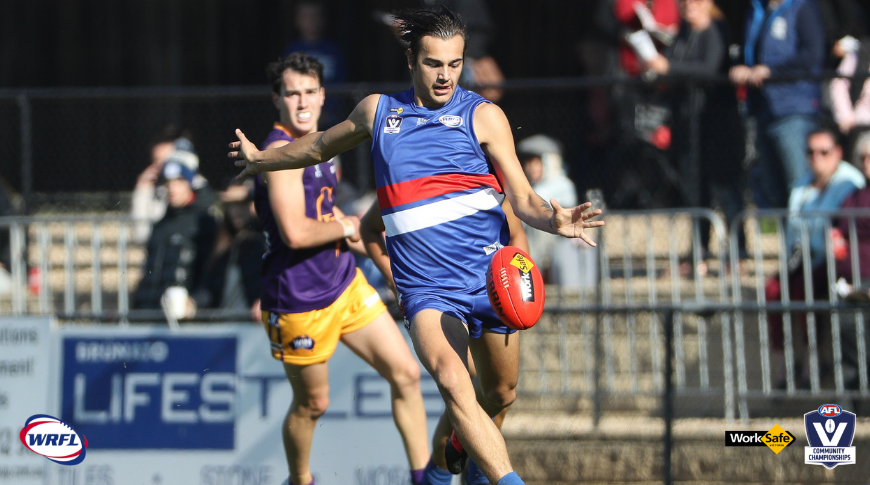 UNDER 18’S BATTLE UNTIL THE END

An exhilarating opening term would set the stage for a classic contest between the two league’s best young talents.

Led by Jai Carn, Thomas Panuccio and Max Daunt, the strength of Goulburn Valley’s transition game shone early, kicking three of the first four goals for the match and taking in a 19-point lead at half-time.

But WRFL’s ferocity would never wander and thanks to second-half majors from James Callaway, Lachlan Green and Silver Yousif (2 goals), Western Region’s finest would stage a dramatic last quarter comeback to pull within 3-goals of a miraculous victory.

For the victors, Daunt was awarded the best afield for his remarkable display of aerial dominance in the ruck, while Dylan Cook, Riley Smith, Thomas Panuccio and Sheldon Bogdan all had influential games.

Punctuated by relentless tackling, gut wrenching running and high-flying marking, both sides can walk away from the contest with their heads held high, after an entertaining 2019 AFL Community Championship match.