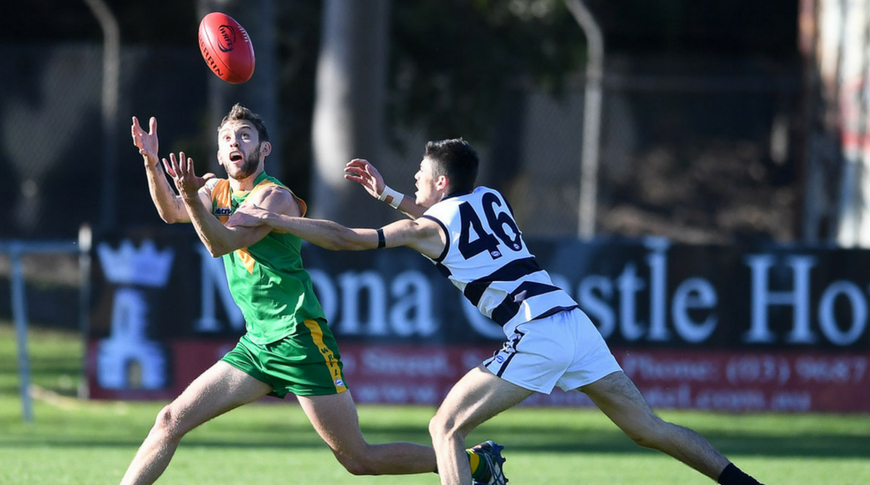 TOP TWO TO FACE-OFF IN ROUND 7

ALTONA and Werribee Districts will head into their top of the table clash this Saturday undefeated, after both sides scored victories in Round 6.

The Vikings maintained its perfect start to the season to move to 6-0 following a hard fought 50-point win against Caroline Springs.

The Vikings were made to work as the Lakers came out firing, not allowing the home side to move the ball quickly and sending plenty of numbers to the ball.

The premiership contenders flexed their muscles in the third, booting seven goals to one as Caroline Springs were unable to stop Altona going forward. Both sides kicked four goals in the final quarter as the Vikings cruised to the four points.

The 16.14. (110) to 9.6 (60) win sets up a tantalising Round 7 clash between Altona and the Werribee Districts in a battle between the league’s only two undefeated teams.

Caroline Springs will look for their second win of the season when they host Deer Park.

The Districts were made to work by the winless Falcons, but got the job done by 18-points.

The Woodsman were made to work by the Cats who held the home side goalless in the first and third quarters.

Despite the lack of goals Spotswood did enough to get the four points and now sit comfortably inside the top four. They’ll face St. Albans in Round 7.

Deer Park scored a 70-point win over St Albans. The reigning premiers put the foot down after quarter time, scoring 15 goals to eight.

Sunshine got its season back on track after they defeated Hoppers Crossing by 37-points at Kinder Smith Reserve.

The Kangaroos kicked five goals to one in the final term to win the match, their second of the season.

The home side led at every break, but weren’t assured of the win until the last term, where they took control and stormed home.

Liam Cavanagh kicked three majors for Sunshine who jump from ninth to sixth spot on the ladder.

In Round 7, Hoppers Crossing will aim to bounce back when they host Wyndhamvale, while Sunshine will look to make it two wins in as many weeks when they take on Albion.