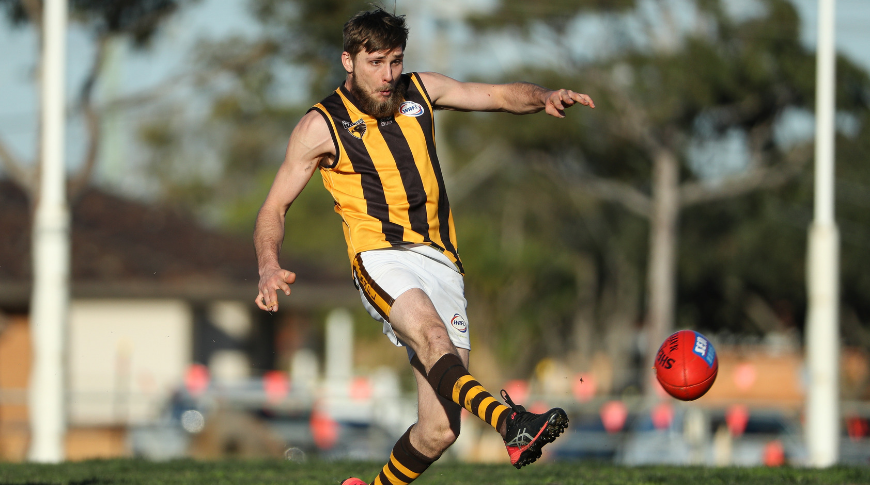 Sunshine Heights have claimed the double chance after defeating Braybrook by seven points at Pennell Reserve.

The Dragons looked like securing a comfortable victory after seven goal to two third term, but the Brookers narrowed the gap in the fourth, which made for some nervous moments before the final siren.

However, the Dragons held on to secure the victory and second spot on the ladder.

Matthew Gauci continued his great season scoring four majors for the Dragons, he was supported by Mathew Serafin who kicked three majors.

After losing their past three rounds, the Hawks were determined to recover leading into the finals. Dillion Hinge starred for the Hawks, scoring eight majors, Timothy Johnson also played well, hitting the scoreboard four times.

The Hawks will take on Tarneit in the First Semi Final after slipping to third spot on the Division 3 ladder.

Jacob Styles and Rinor Zuzuaku scored a combined six goals for the Magpies and were among the best on ground. Unfortunately, this was no match against Nathan Black and Dane Thomas, both scoring a combined 10 goals.

At Wootten Road Reserve, the Titans triumphed 11.13. (79) to 7. 6 (48) against Wyndham Suns. Todd Lawrie and Ty Priest score a combined six goals for Tarneit controlling the contest against the Suns.