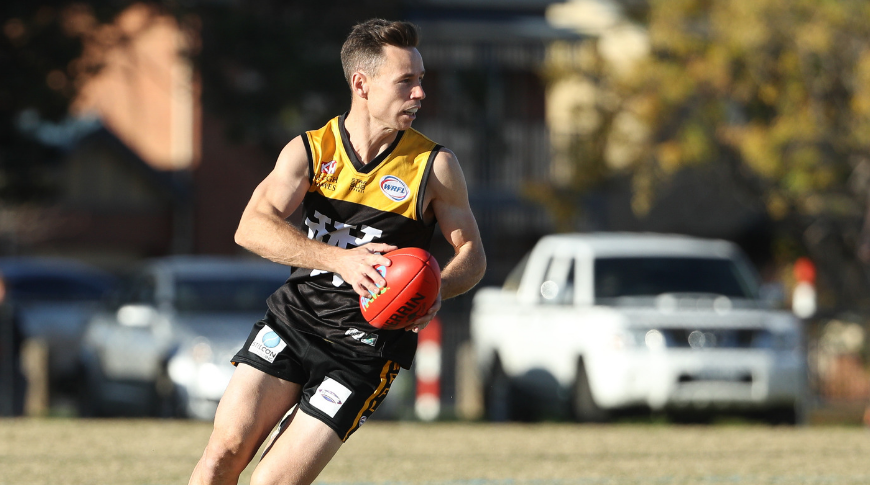 With a trilogy of matches left in RAMS Division 1 before finals, all sides were looking to either solidify their September positions or derail those above them this weekend.

Deer Park officially got their premiership defence back on track, with an eight-point win over second-placed Spotswood. The Lions had a tight 14-point lead at quarter time, but really should have been further in front, kicking an inaccurate 3.5 for the term.

The Woodsmen responded through the play of David Iaccarino and Joshua Norton, keeping Deer Park scoreless and heading to half-time with a seven-point lead. The contest see-sawed again, with Daniel Cooper and the Lions fighting back to take a slim 11-point lead into the final quarter.

From there, the reigning premiers did enough to hold Spotswood at bay, recording a hard-fought win. This keeps Deer Park in 3rd position, trailing Spotswood by almost 16 per cent.

Hoppers Crossing also registered an important win for their finals hopes, defeating Caroline Springs by 63-points. Daniel Nielsen and Liam Mcmahon were impressive for the Warriors, as they join Deer Park, Spotswood and Werribee Districts on 11 wins for the season.

Werribee Districts were too strong at home against Point Cook, dominating from the outset for a 128-point win. Bailey Siwek and Trent Lee were immense all day around the ball, while Mark Pozzuto kicked four goals.

Altona have now secured a second successive minor premiership, after defeating Sunshine by 91-points. The Kangaroos battled in the first term, only trailing by 18-points, but from there it was all Altona. Thomas Mundy starred in the Vikings win, while Patrick Rose and Mitch Turnbull added four goals apiece.

St Albans now need to win their last two games (against Deer Park and Altona), while hoping teams above them drop one or two of their remaining games, to sneak into a finals position.

Next week, last placed and Division 2 bound Albion host Altona at JR Parsons Reserve. Caroline Springs are visited by Werribee Districts, in what shapes as a must-win clash for Districts in pursuit of a favourable ladder position.

Point Cook will try to finish their first season in RAMS Division 1 off strongly, when they host a Spotswood team looking to rebound after a tough loss to Deer Park.

Sunshine will hope they can dismantle someone else’s finals campaign, when they host Hoppers Crossing in a vital clash for the Warriors.

Finally, in what promises to be a titanic clash at Kings Park Reserve, St Albans host Deer Park, in a game the Saints have to win if they are have a chance at finals in 2019.