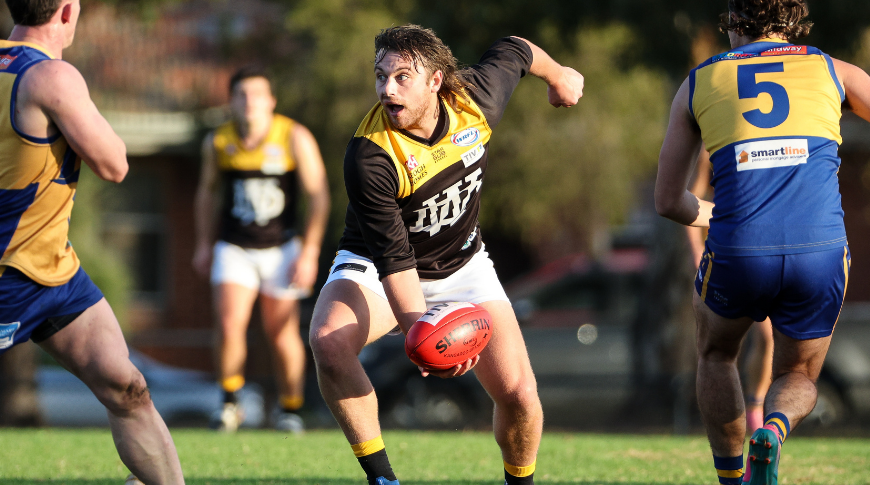 Hoppers Crossing came from 31-points down against Spotswood to score a thrilling three-point win in TIV Division 1.

The Warriors kicked seven goals to two in the second half to score an incredible come-from-behind victory.

The win sets up a tantalising contest with ladder-leaders Caroline Springs this weekend.

The lead changed several in the final 30 minutes and in the dying stages Eagles player Lachy Huell had a shot on goal from the boundary to win the game, but it was rushed through for a behind. Seconds later the siren sounded, with St Albans winning by 2-points.

Bol Kolang was the hero for the Saints, kicking four goals. Jadyn Trowsdale was also named best on ground.

Altona used a strong first quarter to cruise to a 40-point win against Deer Park.

The home side jumped out of the gates with a five goal to one opening term, but despite losing the second, it was a minor blemish as they charged away in the second half with a dominant performance.

Deer Park will look to bounce back when they host Spotswood in Round 9, Altona can make it four wins in a row in its matchup with Yarraville-Seddon.

Werribee Districts finished with 10 goalkickers in its 69-point smashing of Sunshine, pushing the victors back into the top five.

Sunshine will next face Point Cook, in what is looking to be a very important clash, with both teams sitting in the bottom two positions on the ladder.

The ladder-leaders remain undefeated as the 172-point win was their biggest win of the season.