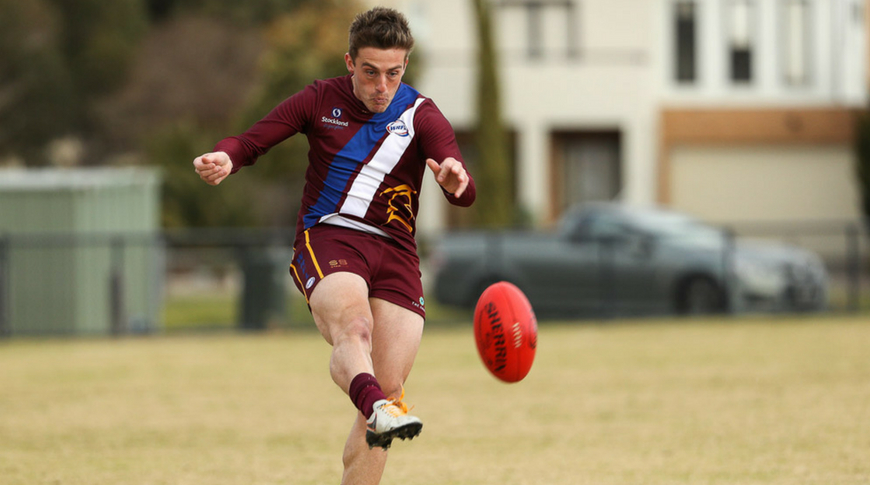 Tarneit dealt Wyndham their second loss of the year, overcoming the first-placed Suns in a thrilling encounter by four points.

The Titans got out to an early 15 point quarter-time lead, but the Suns fought back, able to kick four goals to one in the second term to lead by six-points at the main break.

The see-sawing affair took another turn as it was Tarneit who had the better term, keeping the Suns to a solitary goal while kicking five of their own.

Daniel Hovey kicked three last-quarter goals to almost drag the Suns back for a memorable win, but Tarneit held on.

In other action, Braybrook fell to their second consecutive loss after knocking over the Wyndham Suns three weeks ago, going down to a fast-paced Sunshine Heights side by 40-points.

Despite a contested and scrappy early part of the game, the Dragons’ pace and ability to break through the middle were already causing issues for the Braybrook midfield.

While their pace was impressive, Sunshine Heights’ inability to convert scoring chances was just as glaring, kicking 3.13 in the first half.

Luke Fox continued to present forward for Braybrook, while Nick Gregson was everywhere providing intercept marks, but the Dragons still held a slim nine-point lead at half time.

In the second half, Sunshine Heights cleaned up their scoring efficiency, with Matthew Gauci working hard to impact contests inside 50 with three goals in the third quarter. Renzo Cantillana and Steven Soto helped get the Dragons clicking with a six goal third quarter, that proved to be a margin too far for Braybrook in the end.

Elsewhere, Point Cook Centrals were impressive with a 106-point win over Glen Orden. A great performance across the board with multiple goal kickers see the Sharks keep pace with Tarneit, setting them up for a massive clash against the Wyndham Suns this Saturday.

The Hawks will look to bounce back when they travel to Sunshine Heights to take on the Dragons.

In Laverton, the Magpies were too strong for North Sunshine, winning by 80-points off the back of 7 goals from Patrick Lee. North Sunshine will hope to rebound against Braybrook next week, while Laverton travel to Tarneit to try and take down the inform Titans.