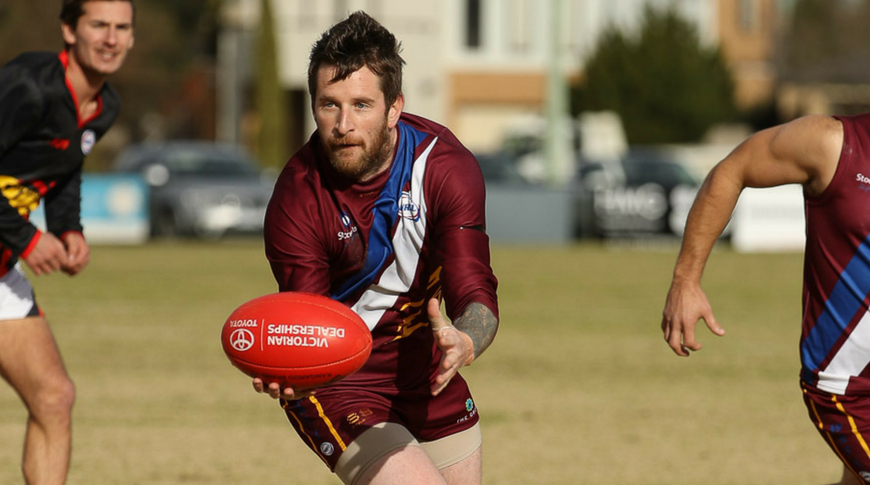 Wild winds at Pennell Reserve provided a challenging contest between Braybrook and Tarneit, with the Titans managing to conquer the conditions and win by 80 points.

In the early going, neither team were able to capitalise on forward entries, with the wind wreaking havoc and both backlines playing well. It was clear early that Tarneit’s speed would be a factor, as John Whitehouse’s run off half back and Thomas Weybury from the centre gave the Titans forwards numerous chances inside 50.

Braybrook coach Jason Hamilton insisted his players to take their time and “chip it around”, unhappy with kicking to outnumbered contests, and “playing it on their terms”. Tarneit’s run however, was starting to become too much of an issue for Braybrook, with John Zangari and Jay Gorman benefitting from a dominant Titans midfield and ruckwork from Nathan Schmidt.

Ricky Howell was battling hard to give Paul Cutajar-Milosev scoring chances but at the main break, Tarneit had extended the lead to 48-points.

Braybrook were much improved around the contest in the third quarter, with Howell and Nathan Calleja starting to influence the game, whilst slowing down the Tarneit run. Unfortunately for Braybrook, they weren’t able to establish any strong scoreboard pressure, despite the threatening presence of Cutajar-Milosev.

Tarneit held a 53-point lead at the last change, Zangari and the Titans continued to dominate, with their pace the difference in a big win for Tarneit.

Soni Rainbow impressed with 4 goals for the Hawks, as they look to score their third straight win next week against Braybrook. The Magpies will look to rebound against ladder-leading Wyndham.