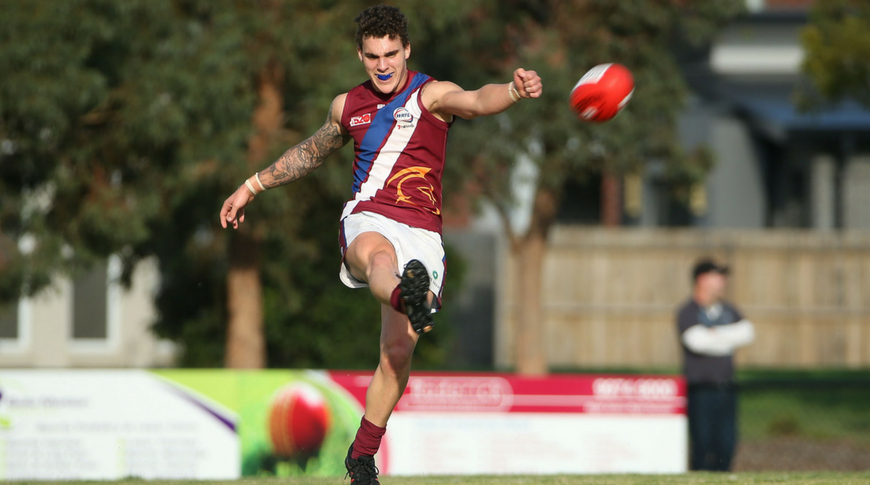 TITANS CHARGE TO VICTORY OVER DRAGONS

Wet and wild weather at Sunshine Heights provided an interesting clash against Tarneit, with the Dragons impressing early.

After a spray from Tarneit coach Mark Elso aimed at defenders who were “peeling off too much”, the Titans looked much better, as Thomas Robertson’s move into the middle paid dividends. Nathan Halapio moved it well off the back-line, but Tarneit couldn’t capitalise on midfield ascendancy, misfiring in front of goal.

Majok Monydhot was able to get a crucial goal against the run of play, leaving the Dragons clinging to a three-point lead at the main break.

The second half proved to be a see-sawing affair, much like the weather, as Sunshine Heights played better in the wet, with Shadi Qunqar and Greto looking good up forward. Despite this, Weybury and Todd Lawrie begun to get on top in the midfield for Tarneit, combining well with key forward Chris Benson to keep it close at the last change.

In the last quarter, it was all Tarneit, as Lawrie and Cody Ebbels kept the Titans charging for a big win. Tom Murray battled hard all day for the Dragons, but Tarneit were too strong, running out 36-point winners.

The win was Tarneit’s first over Sunshine Heights at Ainsworth Reserve.

Elsewhere, Braybrook bounced back with a 40-point win over Glen Orden, with Beau Green impressing.

It was the first time Braybrook had defeated Glen Orden since 1999 and it was their first win against the Hawks at Heathdale Oval since Round 15, Division 2, 1998.

Glen Orden will look to claim their elusive first win against Tarneit in two weeks time.

Point Cook Centrals were too strong against North Sunshine, accounting for the Roadrunners by 76-points, with Luke Coleiro and Luke Duskovic among the best for the Sharks. North Sunshine will be hoping to bounce back against rivals Sunshine Heights in Round 6.

The Wyndham Suns remain unbeaten, recording a dominant 118-point win over Laverton, with Rhys Kirk and Dan Hovey continuing their impressive goal-scoring. Braybrook await the Suns next week, while Laverton will hope to get back on the winners list against Point Cook.