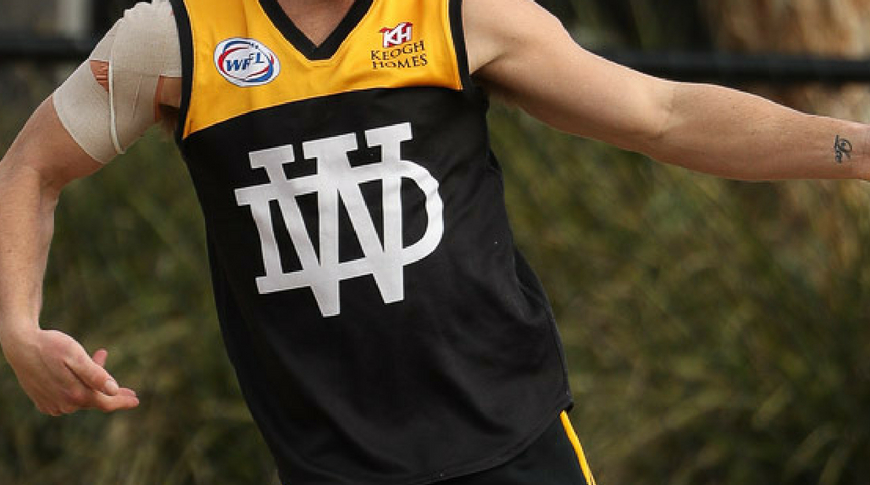 Round 14 of the Western Region Football League TIV Under 19 competition produced two matches that could not have been more different to one another.

Firstly, in what was one of the games of the season, Werribee defeated Hoppers Crossing by a solitary point, in an absolute heart-stopper.

Both sides traded blows all game, with the margin no larger than 1-point at every major interval. Pressure was intense, and the game resembled a finals-type atmosphere.

Four majors from Rhys Boys combined with the dynamic work of Kyle Bistisi and Riley Fisher was not enough for the Warriors to get over the line, in what was a major blow for their chances of keeping pace with Altona in their quest for the minor premiership.

For the victorious Werribee side, Lachlan Rainbow starred throughout with three majors, while Connor Mcintosh was the only other multiple goal-scorer with 2 majors. Liam Robinson and Alex Mackinnon were also highly pivotal for a Werribee outfit, which will now be brimming with confidence after such a crucial victory.

In the other match that took place over the weekend, Altona stuck to the script to record an emphatic 122-point win against lowly Point Cook.

The game went as predicted, as the premiership favourites took care of Point Cook.

Jack Callaway and Jack Papachatzakis both kicked 4 each, while Mitchell Blake kicked 3 for the ladder-leaders. The dominance of the Altona trio was too much for inept Point Cook back line, already down on confidence.

In what was a dark and dour day for Point Cook, Henco Cronje and Owen Little were the rare shining lights.

The Bulldogs are winless for the year, and will seek to change this damning statistic before the conclusion of their season.

Caroline Springs had the bye, and will resume their season against Altona next week in what promises to be an epic encounter.