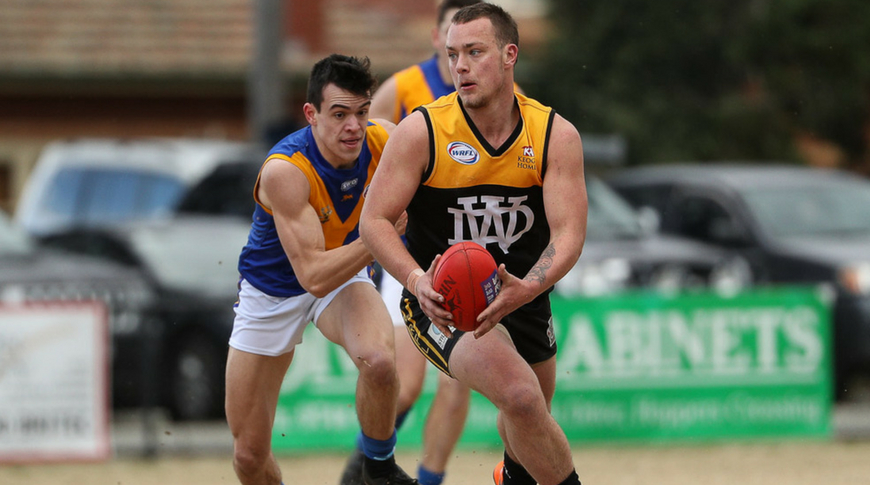 Werribee Districts caused the upset of the round, knocking off reigning premier Deer Park by 22-points and throwing the race for top spot wide open.

A wild gust of wind swept across the ground in the first quarter as both sides missed chances. The Districts took the lead in the first after several well worked snapped goals but more wind and rain saw just one goal kicked in the second as Deer Park cut the led to just four at the main break.

The second half was all Werribee as they kicked four goals to one, pressuring the Lions whenever they had possession and making the most of their chances to run out 8.14. 62) to 4.16. (40) winners.

Nicholas Buykx continued his good form and was voted best on ground, with Chris Molivas and Mark Pozzuto each kicking two goals.

Deer Park will need to beat Wyndhamvale in Round 18 and have other results go their way if they are to finish top, while the Districts will travel to face Spotswood and need a big win themselves to make up its inferior percentage.

The Vikings successfully navigated poor conditions and finished 27-points up, a win in the final round against Hoppers Crossing would seal their position on top of the RAMS Division 1 ladder.

Despite six Saints goals in the last quarter the Kangaroos were never troubled and cruised to the 32-point win.

There were no multiple goal kickers for either side as the Lakers were held to just one major over the four quarters.

Hoppers Crossing demolished Albion to the tune of 138-points and held the Cats goalless, just the third time this season a team has failed to kick a major in a match.