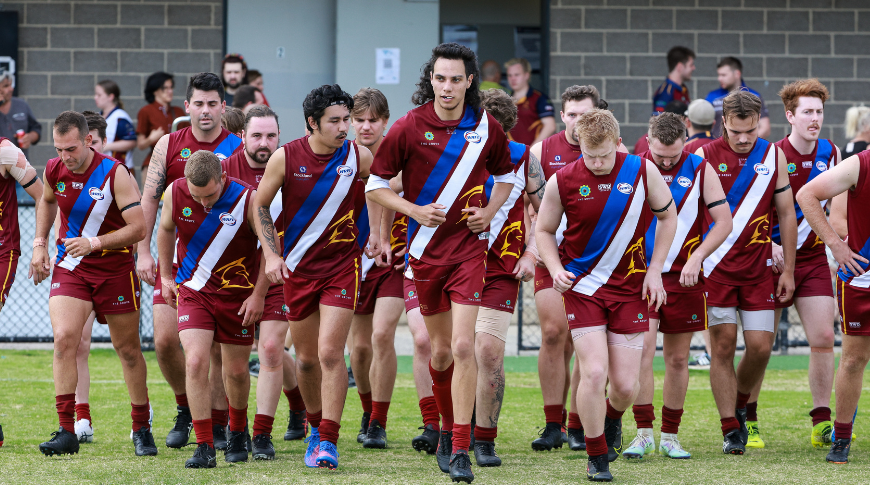 It was an upset victory on the weekend for Tarneit, beating Sunshine Heights by 46-points at Wootten Road Reserve in the Alan Mance Motors Division 3 competition.

Tarneit managed to make the most of the Dragons’ inaccuracy to kick away to a four-goal lead at half time.

The Dragons, led by Colby Blyth’s three goals and the efforts of Kyall Parker, won the third term in what looked to be set up for a close last-quarter.

However, it was Tarneit who stood tall, booting five majors to none to see off an impressive victory.

The win is a complete turnaround from when the sides met earlier in the season, where the Dragons ran away 107-point victors.

Tarneit will be looking to have consecutive wins next week when they face North Sunshine.

Sunshine Heights will play Laverton, who are coming off a 248-point smashing at the hands of Albanvale.

The Cobras had a day out, as Liam Montrose booted 13 goals alongside Nathan Johnson who managed 11 of his own.

Albanvale will be eager to remain undefeated when they come up against Braybrook next week.

On the other hand, the Brookers will be looking to respond strongly after losing by 35-points to the Suns.

The Suns put in a resounding performance, with Peter Tomelty and Adam Scarpino the main standouts.

For the Brookers, Aidan O’Rafferty and Matthew Grubb were valiant in defeat with impressive performances.