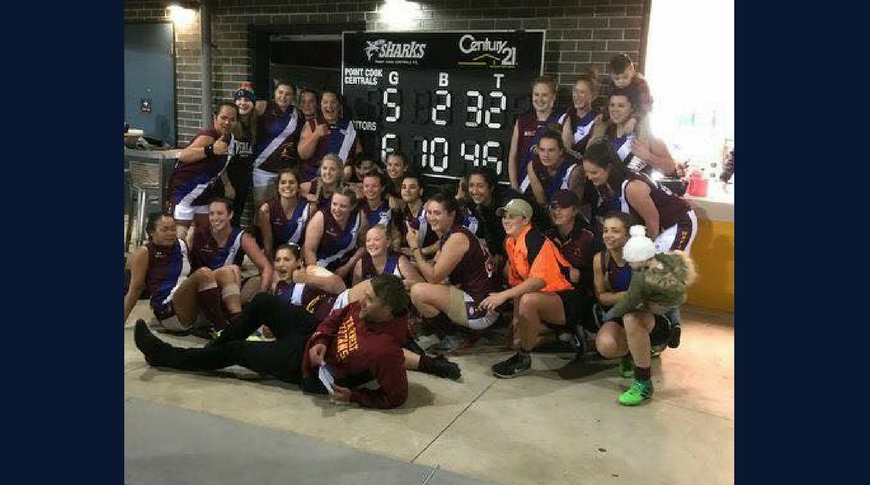 In round two, it was made clear who the leaders of the Victoria University Senior Women’s competition would be.

Caroline Springs, Manor Lakes and Werribee Centrals remain undefeated at this early stage of the season, while Point Cook Centrals, North Sunshine and West Footscray are without a win.

Tarneit had their first win in Round 2 against Point Cook Centrals in what was the closest match of the round, winning by just 14-points.

While accuracy was an issue somewhat, as a team Tarneit was hard at the ball and moved it down the ground effectively. Zoe Collier kept the Point Cook girls in it, scoring two goals.

Spotswood suffered their first loss of the season, losing to Manor Lakes by 64-points.

Jorgia Le Redmond had a good game for Spotswood, as did Gilda Incigneri, who backed up her stunning performance in Round 1.

For Manor Lakes, Kellee McIntosh kicked four goals and tops goals scored for the year so far with 22. Gemma Anderson was a powerful force for her side, booting just the one goal but she had a crucial presence all day.

Werribee Centrals played their first game of the season, following a bye last week and have kicked it off with a win against North Sunshine.

They were able to keep the visitors to just one point in the first quarter, and scoreless in the third. They held possession for most of the game, and won most clearances to get the ball into their forward 50.

Kristy Mccarthy and Chloe Musgrove kicked three goals each and really capitalised on every opportunity.

Caroline Springs made it clear that they would be a team to beat this season, sitting on top of the ladder and still yet to be scored against after two games.

Captain Tory Pettit kicked five goals and was influential all over the ground. Alexandra Fato kicked four goals, making herself a dominating presence in the forward line.

For Laverton, Shannon Blake and Madison Porter both stood up, but unfortunately couldn’t get the girls over the line against the competition benchmark.