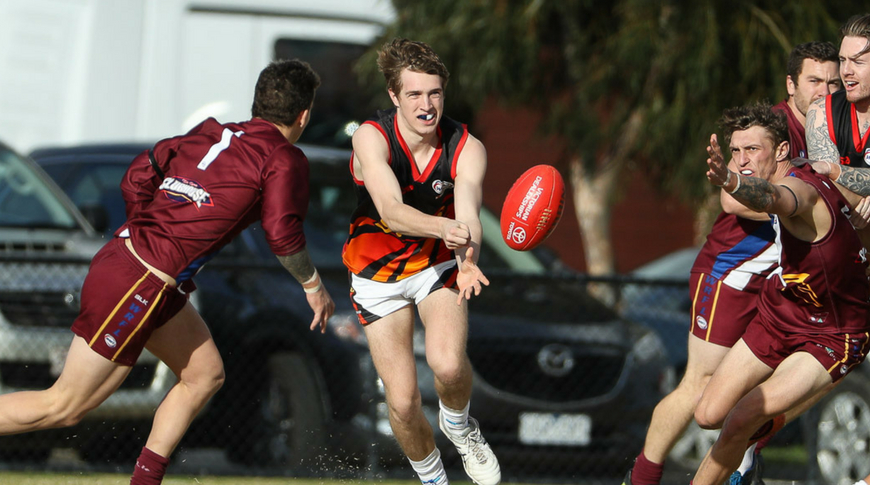 The Wyndham Suns clung onto their unbeaten record, getting over Tarneit in a thrilling encounter by 1-point.

Richard Psaila impressed up forward in a low scoring affair for a gallant Tarneit, while Asher Kirk was among the best for Wyndham. The Suns are now set for a showdown with second-placed Point Cook Centrals, while the Titans will look to recover and rebound against Laverton.

The Magpies showcased their speed and ball movement to great effect at Dempster Park, outpacing North Sunshine for a 45-point win.

Both teams were closely matched in the early stages, with Roadrunners’ back six doing well to hold back the Magpies’ run.

Then going the other way, Richard Wuruki-Barba was electric for the Roadrunners, with a brilliant mark and long-range goal the highlight of the opening term. Despite this, Laverton were able to run through the corridor relatively unchallenged, and provide service for Jacob Cullen, ensuring scores were level at the first change.

North Sunshine coach Brett Kennerley was still searching for his side’s patience at the huddle, with the Roadrunners not playing team football and not going after “the mantra we’re chasing.” Despite North Sunshine’s reaffirmed instructions, Laverton were able to come out in the second quarter with blistering pace, with Zak Stephenson’s cleanliness a feature. Cullen continued to threaten, finishing off his midfielders’ work to give the Magpies a 23-point lead at half-time.

Nicolas Alagona and Brett Mc Kay battled hard for North Sunshine, giving them more intensity to slow Laverton down. However, they struggled to convert opportunities and were unable to apply scoreboard pressure. Laverton’s pace and skill ended up being the difference in the end, simply too quick and clean for North Sunshine, leading to a comfortable win for the Magpies.

In other action, the Sharks showed their class with a 52-point win over Glen Orden, with Michael Szulc formidable for Point Cook. The Hawks will continue to look for their first win against Sunshine Heights next round.

In Sunshine Heights, the Dragons couldn’t hold back Braybrook and a 6-goals Paul Cutajar-Milosev, going down by 28-points. Braybrook will look to continue their form against North Sunshine next week.