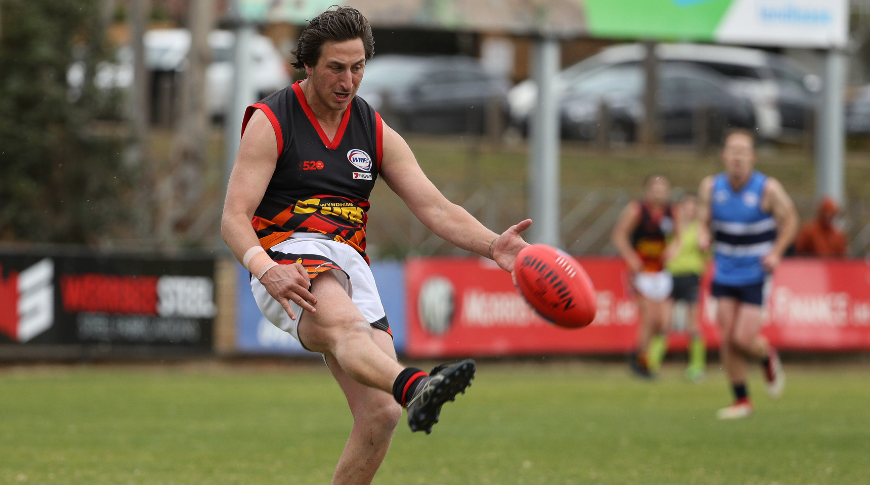 The Wyndham Suns registered their first win of the 2019 season, defeating Laverton by 25-points on Saturday.

The Suns led for much of the day, and despite not kicking a goal in the final term, managed to win their first game of the season, putting their season back on track.

Coach Dean Cachia led the visitors brilliantly, kicking five goals in the victory. Cameron Joyce was also a standout for the Suns.

It’s a disappointing result for Laverton, who after winning in the first round, have lost their past two matches.

It was a one-sided affair at Wootten Road Reserve, with Tarneit defeating North Sunshine by 190-points.

Benjamin Arabit and John Zangari booted a combined nine goals for the Titans and were among the best on ground.

At Pennell Reserve on Anzac Day, it was the visitors, Albanvale, leading by 46-points at half-time.

With a similar style to Tarneit, Albanvale’s dominance around the ball continued into the second half ending the game with a 76-point win over Braybrook.

Nathan Black was the star up forward for the Cobras, he kicked 10 goals. It is the second time he bagged 10 goals this season, he did it in Round 1 against Sunshine Heights.

With a promising first quarter for both teams, Glen Orden held only a 1-point advantage over the Dragons at the first break.  In the second term however, the Hawks blew the margin out to a 46-points.

Lachlan Furniss and Aaron Law were among the best on ground.

Sunshine Heights will hope to redeem themselves next week, as they play Braybrook at Ainsworth Reserve.