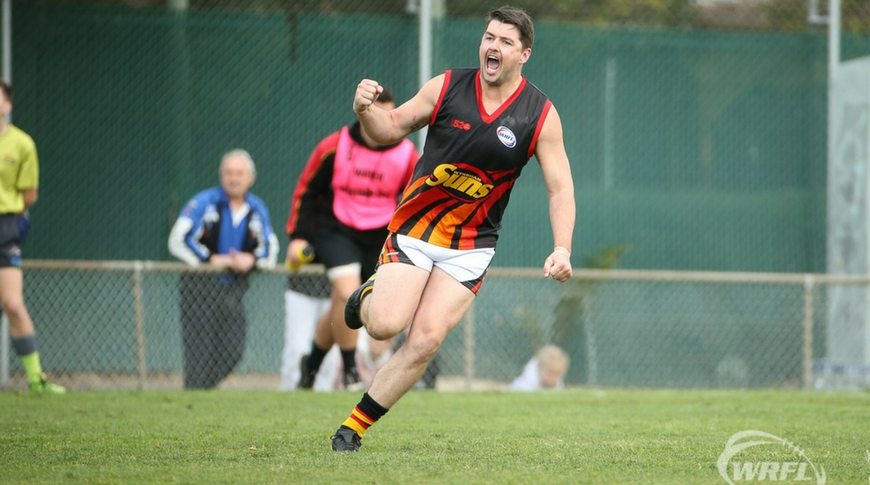 THE Wyndham Suns have made it two wins from as many starts, after scoring a narrow four-point win over the much improved Point Cook Centrals on Saturday.

The Suns jumped out of the blocks in the first quarter, kicking four goals to zero in the first term. The Sharks fought back in the second term, closing the gap to just seven points at the main break.

Both sides kicked two goals apiece in the third, setting up a thrilling final quarter.

The Sharks will aim to bounce back in Round 3, when they host Tarneit at Featherbrook Reserve. The Wyndham Suns will look to make it three from three when they host Sunshine Heights on Saturday.

Meanwhile, a Victor Vasilevski goal in the dying stages of the Sunshine Heights versus Glen Orden match sealed victory for the Dragons, their first win in 2018.

Sunshine Heights led by just three points with minutes remaining, when Vasilevski kicked the Dragons’ only goal of the final term, to give his team some breathing space after the Hawks almost toppled the home side.

Glen Orden kicked four goals in the final term and looked like causing an upset, but ran out of time.

The always reliable Robbie Greto two goals in the match, as did James Vella, Junior Eliepa and James Ciarlo. Joshua Booth was best on ground.

Finally, Tarneit fought off a determined Laverton to score a 41-point win.

The Titans had eight different goal scorers. Jay Gorman and Chris Benson each kicked three. Jordan Cullen was the main target up forward for the Magpies, he kicked four goals in the 13.13. (91) to 7.8. (50).

The final match of the round will be played on Wednesday, when Braybrook host North Sunshine in a special Anzac Day match. The game will kick-off at 2pm.