Home › Senior › STORM AND LAKERS WIN BIG IN ROUND 1 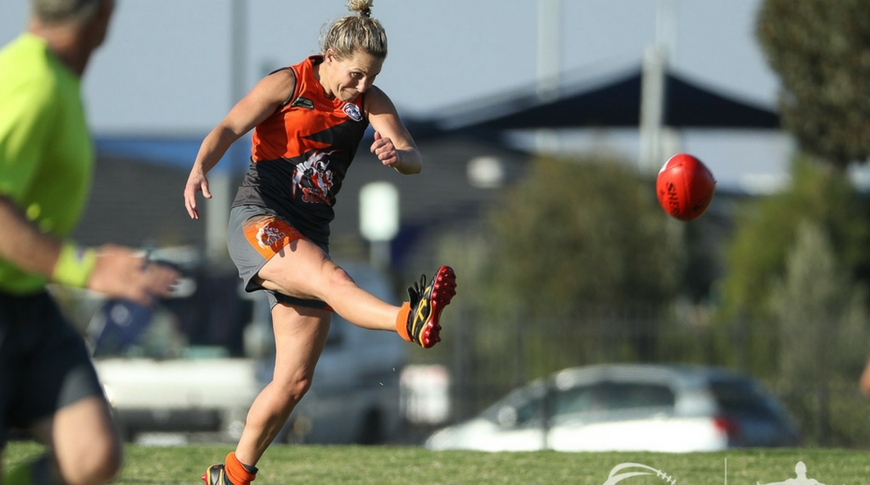 STORM AND LAKERS WIN BIG IN ROUND 1

Round 1 of the Victoria University Senior Women’s competition separated the contenders from the rest, as the dominant sides rose to the top.

Manor Lakes and Caroline Springs were able to keep their respective opponents scoreless, while Laverton and Spotswood also scored convincing wins in the opening round of the season.

The first game of the year was a Saturday twilight match between Tarneit and Laverton at Wootten Road Reserve.

Rebekka Doolan having a standout game to start the season. She kicked two goals for her side, and was a crucial presence throughout the game.

Caroline Springs hosted West Footscray, and were strong and united in their first game. They came out convincing winners, keeping West Footscray scoreless, while they managed to score 21 goals.

Caitlin Pretty was powerful force, kicking 10 goals. Tory Pettit was also dominant all over the ground and added another three goals to lead her side to victory.

Spotswood also defeated Point Cook Centrals, holding them to just two goals. They were able to keep the away side scoreless until halfway into the second quarter, while they continued to pile on the goals all day.

Fiona Holzer and Caitlin Brennan built a strong buffer for their side, both getting two goals in the first half. In the second, co-captain Gilda Incigneri scored four goals to really run over the top of Point Cook Centrals.

While this is an amazing reflection on her abilities, the team from Howqua Reserve is going to be tough to beat, with their great ability to move the ball into their forward line so efficiently.