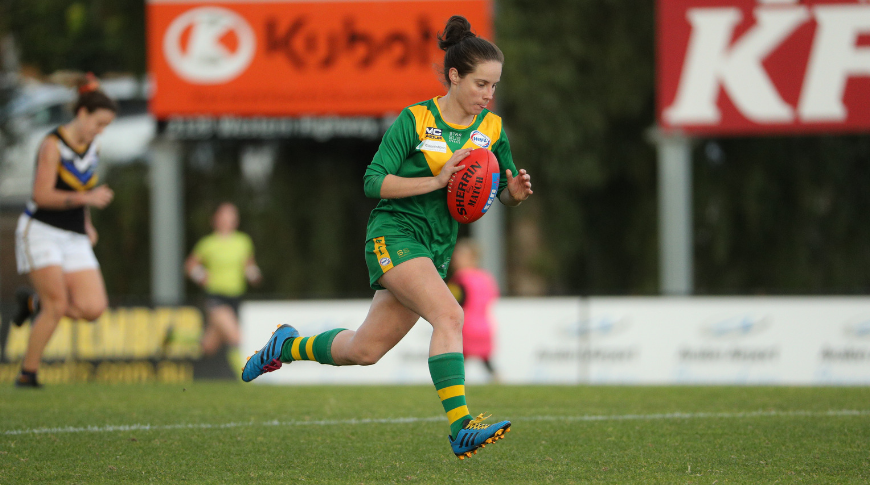 A five goal to zero opening quarter was the difference for Werribee Centrals, who recorded a 41-point victory at Wootten Road Reserve on Sunday.

The second half was a much more level affair, as both sides kicked three goals apiece, however the damage was already done and Centrals came away with a victory, knocking the Sharks out of Finals and earning a spot in the First Semi Final.

Spotswood will go on to play minor premiers Manor Lakes in the Second Semi-final on Saturday after a win against Caroline Springs. After holding a 5-point lead at half time, Spotswood ran away with the match in the second half.

Lauren Dundon and Shani Dixon each kicked two goals, leading the way for Spotswood, while Krystyn Raymundo and Kelsey Hildred kicked one each for the Lakers.

It isn’t all over for Caroline Springs though, after finishing in the top three, they have the second chance and will take on the in-form Werribee Centrals next Sunday at Braybrook.

The last time these two sides met, the Lakers won by a point.

Manor Lakes, having had the week off after finishing in top spot, will play against Spotswood on Saturday.