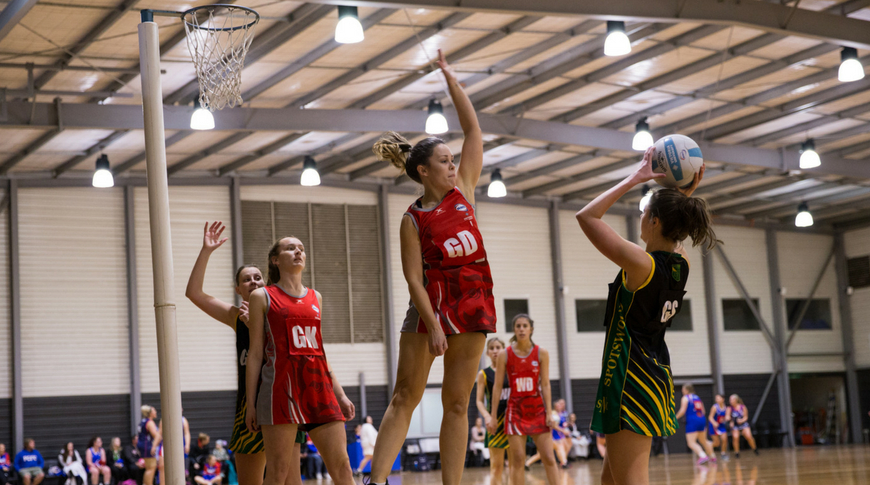 BRAYBROOK Red moved into first place on the Victoria University WRFL Netball ladder after a 10-goal win against Braybrook Black.

Braybrook Red remain the only undefeated team in the competition after five rounds.

Braybrook Red went head-to-head with their counterparts on Friday and proved to be too strong for Braybrook Black. They walked away from their match with four premiership points and bragging rights.

Only five goals separated the two sides at the final break, but it was the combined efforts of Sally Senior and Daisy Mapeu that helped Braybrook Red score the win.

Meanwhile, the North Footscray Devils were upstaged by an inspired Spotswood outfit.

The Devils looked likely to secure their fifth straight win, however Spotswood were determined to score the win and when the final whistle blew, they led by two goals.

The 44 to 42 win was Spotswood’s third consecutive victory.

Jane Matthews was moved from Goal Attack to Goal Shooter in the second half, she scored 21 goals in the third and fourth quarters.

The Devils will be disappointed with the result. They now find themselves in third spot on the ladder.

They will look to bounce back against Point Cook Red this Friday.

Defence has been what Point Cook Blue has prided itself on this season and that pressure again proved pivotal.

Tiffany Riordan and Joanne Crozier were impressive in defence for Point Cook, with Jenna Goricanec and Holly Elul capitalising on their turnovers.

Point Cook Blue will be put to the test this Friday night. They face Braybrook Red in a top-of-the-table clash.

Sunshine scored its first win of the season, after defeating Glen Orden 44 to 25 and Point Cook Red also had a good win over Albion Cattaz 36 to 8.

Photos from Round 5 of the Victoria University WRFL Netball Competition taken by Belinda Vitacca Photography can be purchased via her website. Please visit https://www.belindavitaccaphotography.com/ click on More and use the password: wrn2018 to log in and make a purchase.