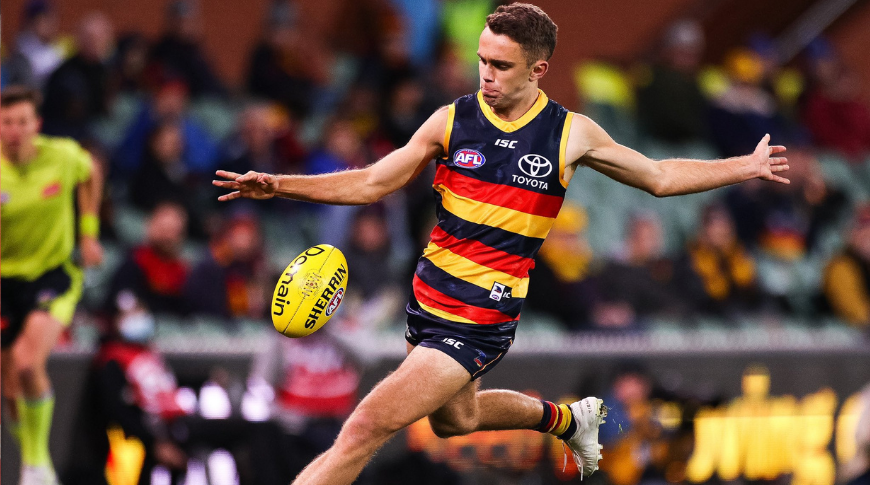 In the final round of the year, the Adelaide midfielder was awarded the last nomination for 2020 following an impressive end to his season.

“It’s very cool to get these little bits of recognition,” Sholl told the Adelaide FC website.

“I was rapt I was able to get an opportunity and experience AFL footy, and to know other people recognise what I’m doing is a really cool feeling.”

Sholl had a breakout game in the Crows’ win over Carlton in Round 17, registering 24 disposals, two goals, eight score involvements and 632m gained.

He backed up his performance against the reigning premiers in the final round of the year, finishing with 19 touches, three clearances and five rebound 50s.

Selected with pick No.64 in the 2018 National Draft, Sholl made his AFL debut in Round 10 and played the final eight games of season, impressing with his hard running and precision kicking on either foot.