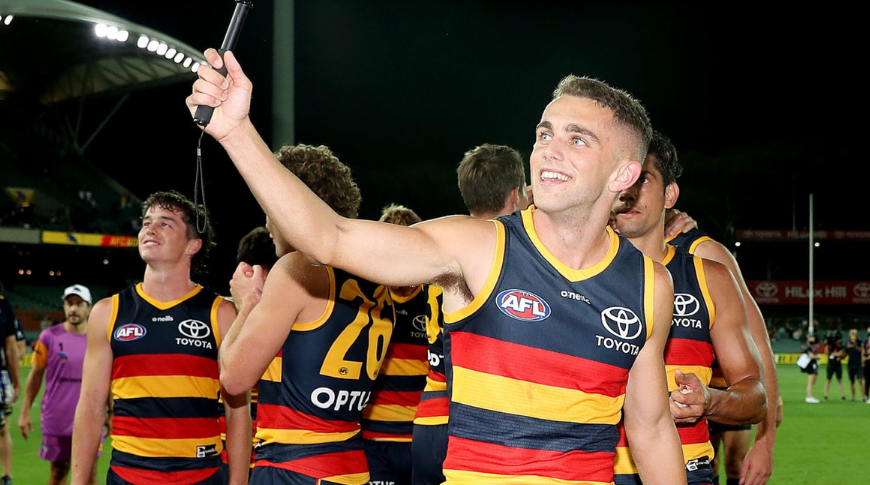 Former St Bernard’s junior Lachie Sholl has been nominated for the NAB AFL Rising Star for the second time after his impressive performance against North Melbourne on Sunday.

The talented Adelaide youngster also earned a rising star nomination in Round 18 last season. Sholl remained eligible for the award this year has he had only played eight games in his two seasons at the club.

In Sunday’s Round 4 match, the 21-year-old registered a career-high 31 disposals, eight marks and one goal. He also gained 600m.

“It’s obviously really cool to get recognition for the game on Sunday and I’m just really glad to be able to contribute in some capacity to the win,” Sholl told Adelaide FC.

“To be able to fight it out the way that we did was pleasing and to stick fat towards the end, we walked away really pleased with our efforts.”

Sholl was selected with pick 64 in the 2018 National Draft from the Calder Cannons.  He played in three junior premiership victories with St Bernard’s. He also represented the WRFL on two occasions.