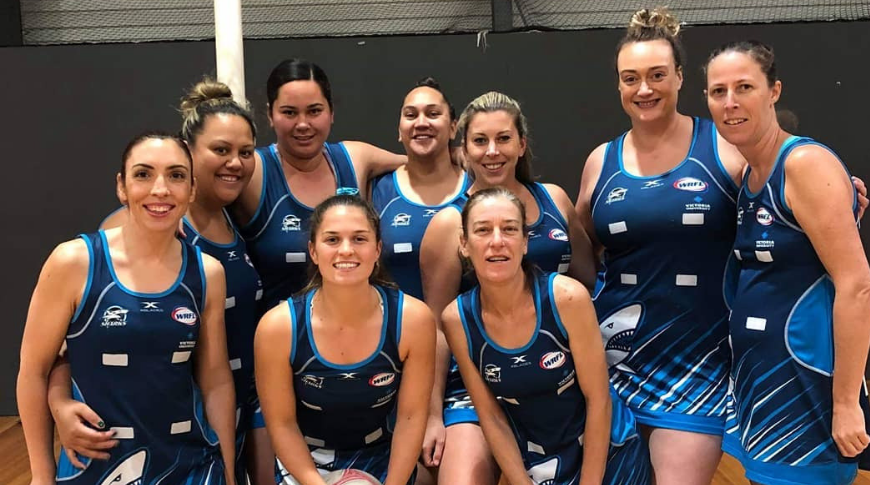 Point Cook Centrals are just one win away from the perfect season having defeated Point Cook in the Second Semi Final on Friday night.

The Sharks, in their inaugural VU WRFL Netball season, have been the benchmark of the competition in 2019.

Their win on Friday earned themselves a week-off and a spot in the Division 1 Grand Final on August 16.

Point Cook Centrals came out firing from the first whistle, outscoring Point Cook Blue 15 to 4 in the first quarter.

It was a brilliant performance from the Sharks, who capitalised on almost every Bulldogs turnover.

They moved the ball down the court with great pace, with Olivia Burrow and Briody Budge providing plenty of run.

Rebecca Hicks was a standout in the goal ring and down the other end of the court Katie Kakoschke and Alesha Wilson were great in defence.

Point Cook made some positional changes in the second half in attempt to try something new, but couldn’t bridge the gap.

The Sharks powered home, scoring 18 goals to six in the final quarter. The final score was 59-29.

It was the 10th time this season the Sharks had scored more than 50 goals in a game.

Point Cook have another chance to keep their dream of back-to-back premierships alive, as they take on Sunshine in the Preliminary Final this Friday night.

In one of the games of the season, the Sunshine defeated Braybrook Whitten by three goals in the First Semi Final.

The Kangaroos and the Brookers traded goals for most of the match with only a couple of goals separating the two sides at each of the breaks.

In the end it was Sunshine who kept their cool in the dying stages, racing ahead to a three-goal lead.

Braybrook outscored Sunshine in the second half, but couldn’t find another gear.

Sunshine will next take on Manor Lakes, who lost to Spotswood Green 53-25.

Spotswood Green was far too strong for the Storm, booking their spot in the Division 2 Grand Final in two weeks’ time.