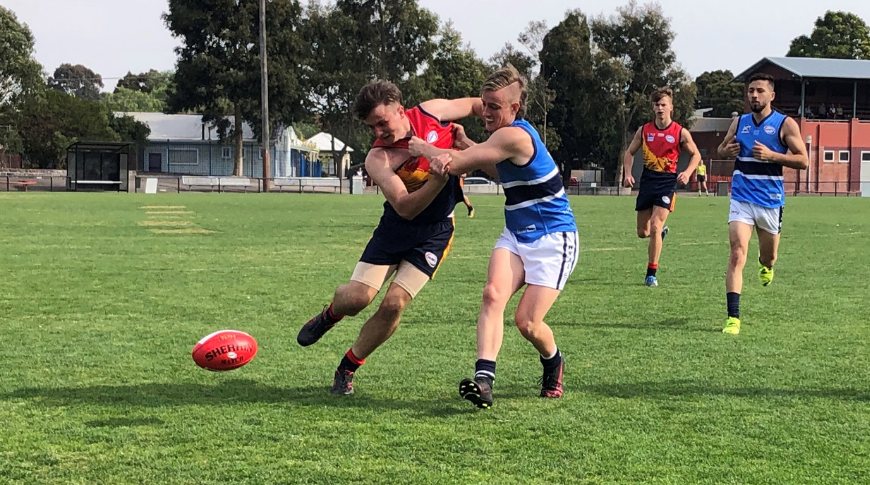 Point Cook Centrals have hit the winners list for the first time this season, beating the Yarraville Seddon Eagles by 32-points in the Under 18 Division 1 competition.

On a sunny day at Yarraville Oval, the Centrals started fast, booting four goals to one in the first quarter.

Haddara used his pace to get on the end of a Centrals centre clearance, slotting a classy running goal.

At quarter time, Yarraville coach Christopher Smith called for his team to be harder at the contest and to have more accountability for their direct opponent.

In the second quarter, Point Cook Centrals continued to dominate, with the physicality and pressure going up another gear.

The Centrals were consistently first to the football and were strong in restricting any Eagles ball movement, holding a 34-point lead at the main break.

The Eagles noticeably lifted in the third term, playing a tougher brand of footy.

When key forward Kai Bendall booted his second goal from 50 metres out to reduce the margin to 24-points, the Eagles felt a sniff of victory.

However, any chance of a comeback was put to bed early in the last quarter, as midfielder Max Harris snapped truly from 30 metres out.

Mohamed Alkere then snapped two impressive goals under pressure to seal the win.

Harris and Alkere were best for the Centrals, along with Omar Elabdallah who was a standout in the midfield.

Point Cook snatched a two-goal victory over the Vikings and Werribee were emphatic over Spotswood, with both sides remaining undefeated.

The Lakers edged out Hoppers Crossing in a nail-biter, winning by five points.

Yarraville and Spotswood will be hoping to claim their first victory next week, with games against Point Cook and Caroline Springs respectively.

The Warriors will look to bounce back against the Point Cook Centrals after two consecutive losses, while Altona will have their chance to knock off the unbeaten Werribee outfit.