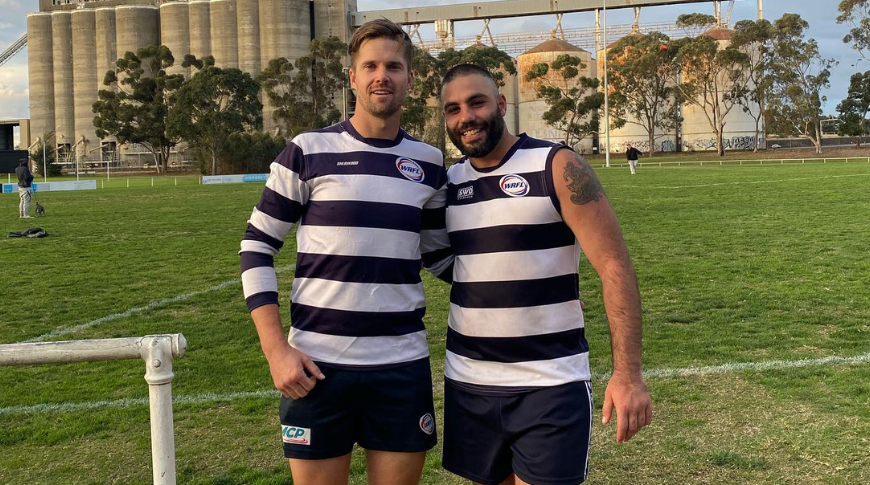 Point Cook Centrals have continued its barnstorming 2022 season, clobbering North Footscray by 89-points in a win that solidifies its hold on top spot.

With Parkside also undefeated and second only by percentage, the Sharks cannot afford to slip, and certainly didn’t against the Devils.

Highlighted by a 10 goal to two opening half, with Daniel Strnak and Mitchell Palma running amuck, the Sharks shared the load, with Aaron Williams and Lachlan Grant sharing leading goal scorer honours in the 18.11. (119) to 4.6. (30) victory.

It was a dirty day for the Devils, who struggled without the consistent Joel Richardson, and now sit sixth.

Parkside continue to dog the heels of the Sharks but were nearly the victim of an absolute boilover at Henry Turner Reserve at the hands of a plucky West Footscray outfit, coming from behind to nab a 25-point win.

The Roosters are yet to notch a victory this year, but for three quarters lead the undefeated Magpies at every turn, led by the goalkicking efforts of Lee Campbell (four) and the uber-consistent Jordan Jobling (three goals in a near-best afield effort).

Jumped by the resurgent Roosters, Parkside found themselves on the wrong end of a four-goal margin at quarter time but clawed back the deficit to just nine points at three quarter time.

From there, Parkside dominated, piling on six goals to one to run out 12.15. (87) to 9.8. (62) winners, thanks to the efforts of Jonah Vraca and forward Jy Lambley, while Shaun Campbell kicked four.

West Footscray will be hoping their monumental effort was not made in vain, with the winless Roosters still last on the ladder.

Wyndhamvale have continued their advance up the table, rocketing into third after three wins on the trot – the most recent a comfortable 38-point defeat of Newport at home.

The Falcons rocketed from the half-time huddle to pile on 12 goals to six in the second half, with the best afield Cameron Morrison, and the dynamic Mathiang Kak, kicking three apiece.

Newport’s young tyro Hussien Kadour was again mightily impressive in his first year of senior football, leading his side with three goals in a losing effort, Newport going down 15.6. (96) to 8.10. (58)

Albion’s up and down year continued to finish off round five, with the Cats holding Glen Orden scoreless to quarter time.

League goalscoring leader Ben Doll booted another three majors, while Daniel Rosenzweig managed three of his own for the visitors.

North Footscray will be keen to respond against Wydnhamvale, as will Newport when they host Albion at Langshaw Reserve.