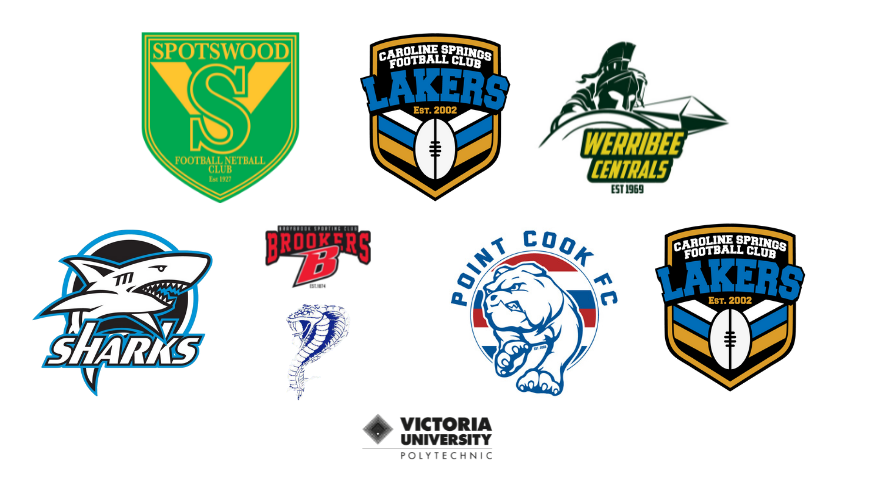 A top-of-the-table clash and another definitive win saw the contenders in each Victoria University Polytechnic Senior Women’s competitions cement their respective spots at the top.

Friday night opened with a Division 2 blockbuster between Point Cook Centrals and West Footscray — each side yet to drop a game. A physical, pressure-filled game ensued, with the Shark’s early-season dominance ultimately winning by 52-points.

The Rooster’s backline fought hard under pressure, led courageously by Hazel McCafferty and Rose Mason; whilst Mandy Seath was dangerous in front of goals, bagging five, thanks to the silver service of Shark’s on-baller Mickaela Derschow.

Division 1 also saw a tightly contested play out between suburban rivals Spotswood and Yarraville Seddon, with the Wolves narrowly edging out the Eagles in the second half to claim an eight-point victory.

Jacqueline McClurg was best on for the Yarraville Seddon Eagles, while Caitlyn Gashi claimed the honors for Spotswood.

Point Cook took on hosts Laverton and locked in their fifth win for the season, rolling the Magpies by 44-points. Mirae Holland continued her impressive form for Laverton, kicking a goal, and earning time in best, whilst Sarah Golding added to her season tally with another four majors.

Division 1 sides Caroline Springs and Hoppers Crossing met for the second time this season — and saw the competition leaders romp home with a 117-point win. Olivia Burrow and Rirena Blair stood up under pressure for the Warriors, but the home side was too strong, boasting nine individual goal-kickers, including three for veteran Laker Alex O’Shea.

Manor Lakes came up against Werribee Centrals, with the home side unable to equalise against the Centurions after a first-round loss. Yana Frontczak kicked the only major for the Storm, whilst Larrissa Renaut continued to stake her claim for Division 1 leading goal-kicker, bagging two for Werribee Centrals in their 28 point-win.

Finally, to round out the weekend, Wyndhamvale hosted the Caroline Springs in Division 2, going down to their visitors by four goals. Nicole Damon and Mariah Burton were influential for the Falcons, but it was Laker Anthea Stathakis who shone brightest for the visitors, kicking three of Caroline Spring’s four majors.