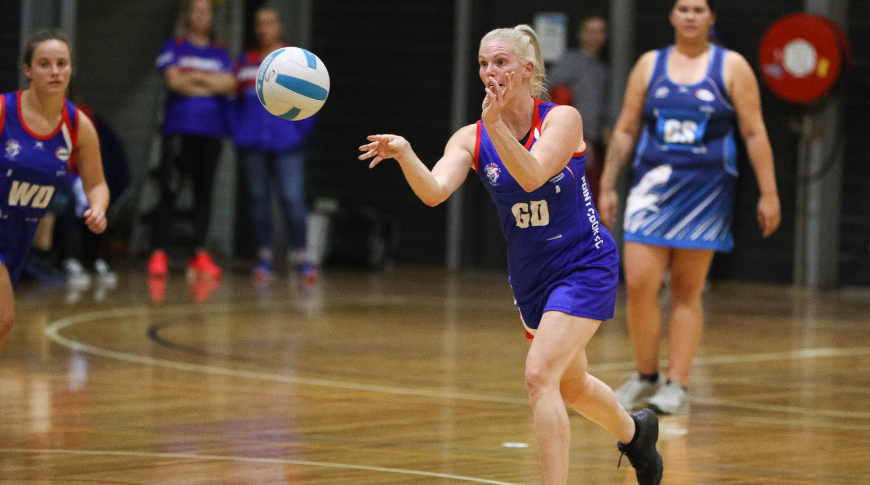 Point Cook Centrals 1 and Sunshine 1 both entered the match undefeated. Both had played same great netball, and both were desperate to keep their winning streaks alive.

It was the Sharks who came out on top, scoring a 30-goal victory.

It was a consistent performance for the Sharks, who increased their scoring at every break.

Rebecca Hicks continued her dominance in the goal ring, scoring 42 of their 54 goals. Olivia Burrow also played well for the Sharks.

They will look to make it seven wins in-a-row when they play Braybrook Priest this Friday night.

Sunshine 1 will look to bounce back from the loss when they take on North Footscray.

The Devils suffered a loss, losing to Point Cook Red 40-28.

The Bulldogs shot 22 goals to 7 over the second and third quarters, which proved to be the difference in the match.

In the Braybrook battle, it was Braybrook Whitten finishing on top, defeating Braybrook Priest by 25 goals.

After a close first half, Braybrook Whitten came out firing in the second half, scoring 28 goals and limiting their opponents to just 10 goals.

The second half was impressive in both attack and defence. They shot 34 goals and kept Point Cook Centrals to just four goals.

In Division 2, Spotswood Green won their sixth game from as many matches, defeating Glen Orden Gold. The final score was 35-22.