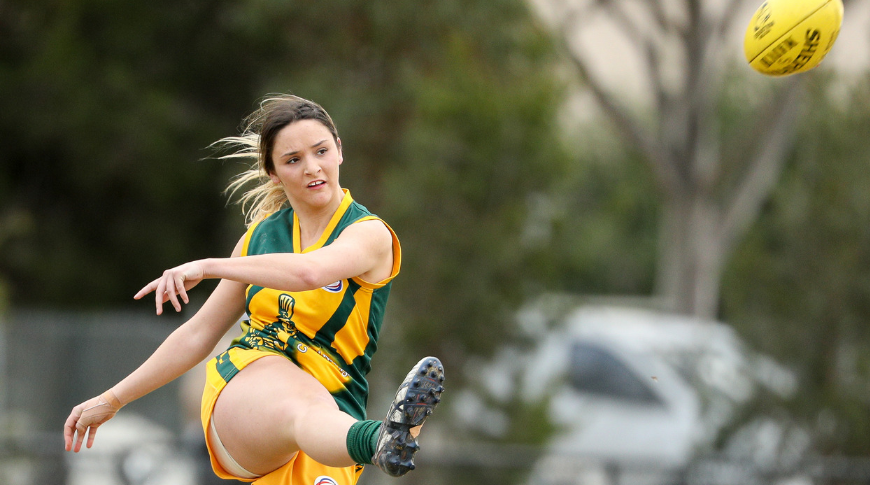 Point Cook Centrals have secured their seventh win of the season, having beaten the in-form Braybrook on Saturday morning.

Braybrook were on a four-game winning streak after a rough start to the season, but the Sharks proved they are still one of the most improved sides this year scoring a 24-point victory at Pennell Reserve.

Sharni Currie had another outstanding performance, putting on a four-goal show to take her season total to 14. Ebony Watkins and Emma-Maree Bonanno each kicked one.

West Footscray find themselves in a spot of trouble, after Yarraville Seddon have inflicted their fourth loss in five matches.

In a two-point thriller, the Eagles managed to hold on despite a scoreless final term to get the win after a late surge from the Roosters.

Manor Lakes have put themselves back onto the winners list, with tremendous ease after their first loss in 21 games last weekend. But this week, the Storm took down Laverton by 103-points, not conceding a single point for the game’s entirety.

They were hungry this week, as they took on the Magpies and made it obvious from the first bounce that they were out to prove a point, and their fans were not disappointed.

Werribee Centrals made a push for the top four this week, in a 152-point thumping over a struggling North Sunshine outfit. The home side had 10 individual goal-kickers, as Samantha Kloet followed up last week’s effort with another six-goal contribution.

Spotswood are the third team this week to keep their opposition scoreless in a blowout win, after they beat Tarneit by 162-points.

Nine goals from superstar Lauren Dundon, took her season total to 25, and along with eight other goal-kickers for the match, the Spotswood girls really put their foot down this week.