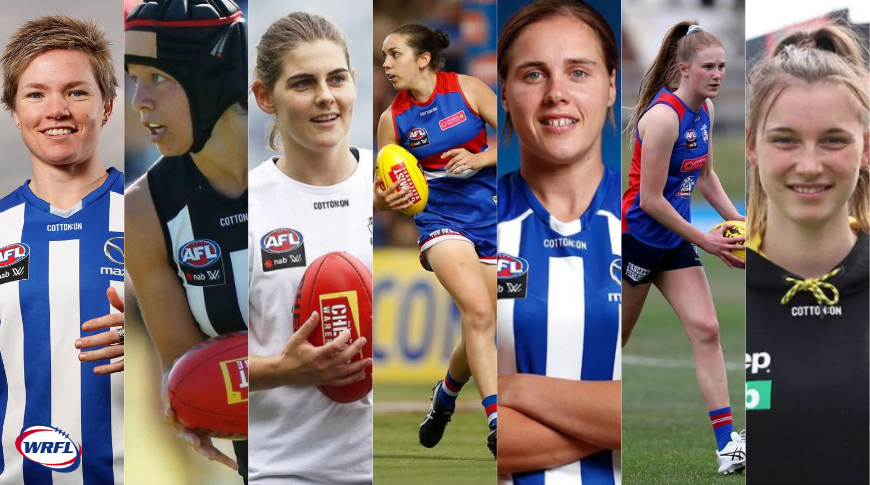 Seven former WRFL players have secured another season in the AFLW competition, with clubs finalising their lists ahead of the October draft.

Ferres is a Western Bulldogs premiership player in 2018 and was also a Rising Star nominee in the same year.

Bonnici is a foundation player with Collingwood. This year she averaged 20 disposals a game and was awarded the Best Finals Player. The talented player also finished second in the Pies’ Best and Fairest count.

Duffin will make her return to North Melbourne next season after taking the year off after having a baby.

Also joining her at Arden Street for another year is AFLW MVP Jasmine Garner.

Garner took her name to the next level in 2020, earning All-Australian honours.

Keryk will be back at Geelong for another season. The 25-year-old was awarded the Cat’s Hoops Award. An award that is voted on by players, AFLW staff and coaches. It is awarded to the player making a values-based contribution to the club.

Grant and Saxon-Jones have yet to make their AFLW debuts for the Western Bulldogs and Richmond, respectively. The talented duo will be eying off a first round opportunity in the new year.

The next batch of stars will be hoping their AFLW dreams become a reality at the upcoming NAB Draft, which be held on October 6.

The 2021 season is set to commence in February.