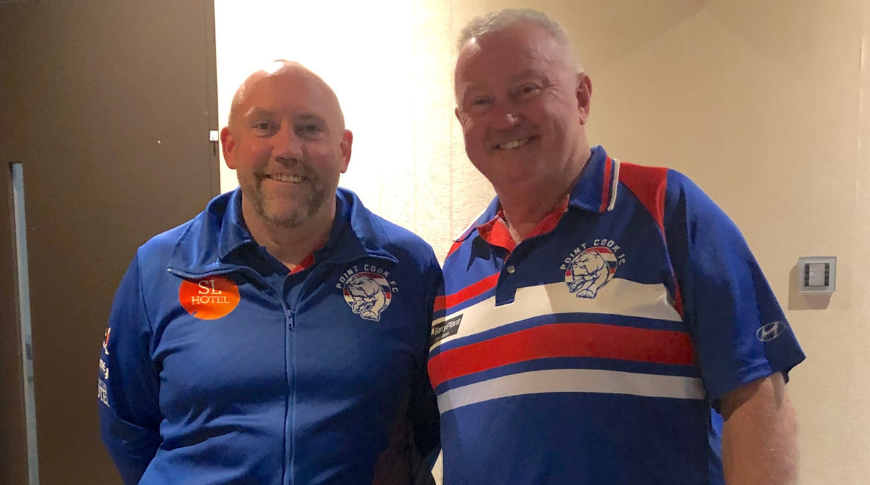 Rouvray (pictured on the left) is no stranger to the Bulldogs, having been involved with the club for many years.

“Along the years Dave has held numerous positions throughout the club including; Junior Coach, Superules Player and Coach, Treasurer and General Committee member,” the announcement said.

Rouvray will take over from Kerry Saunders, who has since been announced as the new coach of Hoppers Crossing’s Senior Women’s team.