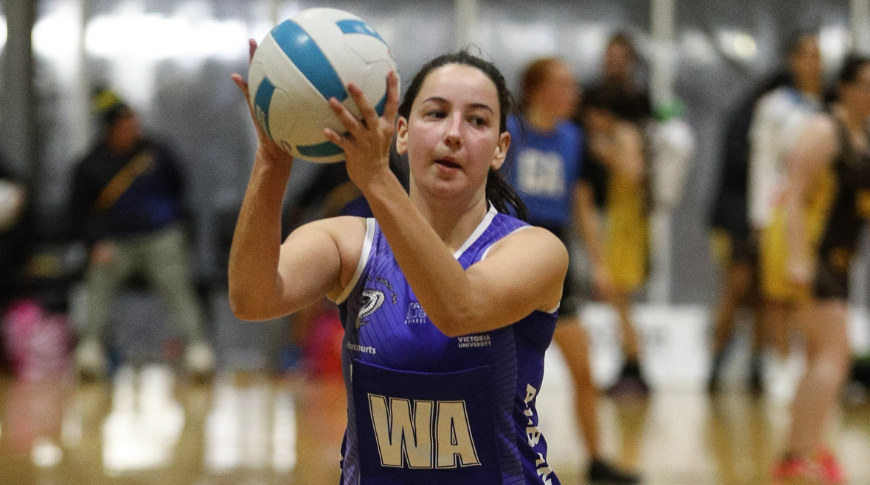 A 27-9 first half was the difference in Point Cook Centrals Great White Sharks win over Point Cook Blue in the Victoria University WRFL Division 1 Netball competition.

The Sharks started strongly in both attack and defence, having scored 11 goals and restricting their opposition to just three goals.

It was more of the same in the second half, with Renee Hulls and Ashlee Mitchell working well in goals.

The second half was a much more even contest, however the scoreboard damage was already done, with the Great White Sharks winning 44-27.

In Division 2, Carlie Druitt led North Footscray She Devils 2 to a seven-goal win over Spotswood Green.

A 10-goal to four opening quarter was the difference in the end, with Spotswood unable to peg back the lead. The win was North Footscray’s first of the season.

The two talented teams will go head-to-head in Round 4.

There are currently three undefeated teams in Division 3. Point Cook Centrals Tiger Sharks, Sunshine Kangaroos and Point Cook White sit atop the ladder after all scoring wins on Friday night.

In the final game of the round, Braybrook Cowell won their second consecutive match, defeating Glen Orden Westwood Hawks 39-22. Rachel Gram and Tiarnah Lloyd were among the best players on court.

Braybrook John is the only undefeated team in Division 4, having defeated Sunshine Heights by 22 goals.

Goalers Ebony Kane and Alana Toka combined well in the goal ring. In defence it was Rosemary Samardzija providing some great intercepts and defensive rebounds for Braybrook.