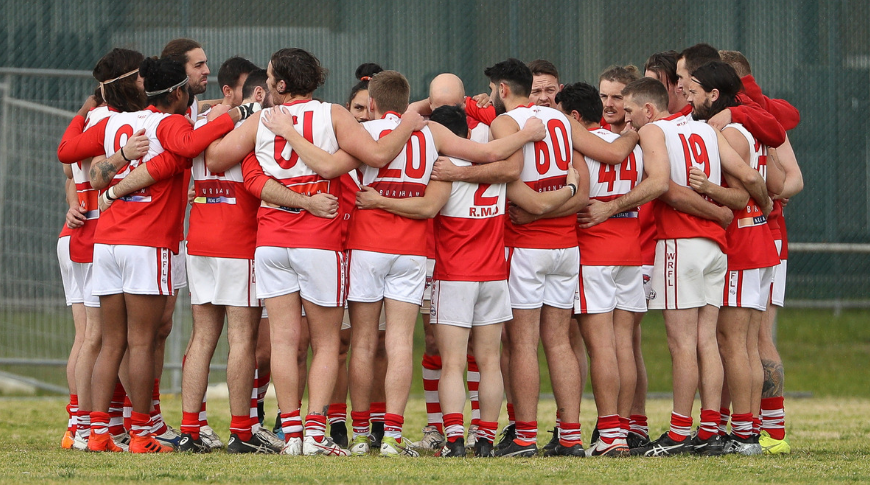 ROOSTERS EDGE OUT RIVALS BY 1-POINT

It was the Nathan Bisset show as Wyndhamvale maintained its perfect start to 2019, with a win over Newport on Saturday.

Despite a slow start the Falcons were unrelenting, booting eleven majors to one over the second and third quarters in a dominant display.

The visitors won the fourth term with four goals to one but the damage was done, Wyndhamvale running out 55-point victors.

The Falcons now sit 6-0 and two games clear in first ahead of their clash with West Footscray in Round 7 while Newport will look to get back to winning ways when they host Point Cook Centrals.

West Footscray won its first game of the season, coming from behind at half time to hold on for a stirring one-point win against local rivals North Footscray.

The Roosters went behind early and were punished for poor accuracy in the first quarter as an 11-point deficit at the first break turned to 16 at the main break.

Five goals to two in the third flipped the game in the favour of the Roosters and set up an enthralling final quarter.

North Footscray will rue the loss as they are now one of three teams mired at the bottom of the ladder stuck on one win ahead of their clash with the Yarraville Seddon Eagles this week.

Point Cook Centrals kicked five goals to one in the last quarter to overcome a six-point three quarter time deficit and down Parkside 11.10. (76) to 8.8. (56).

The Magpies held a slim lead at the final change and looked to be the goods to get the four points before the Sharks rewrote the script and charged home to a 20-point win that puts them up to second on the ladder.

Parkside fall to 3-3 with the loss and will host Manor Lakes this week.

Jack Collins was voted best on in the 48-point win as the Eagles sit comfortably inside the top four.