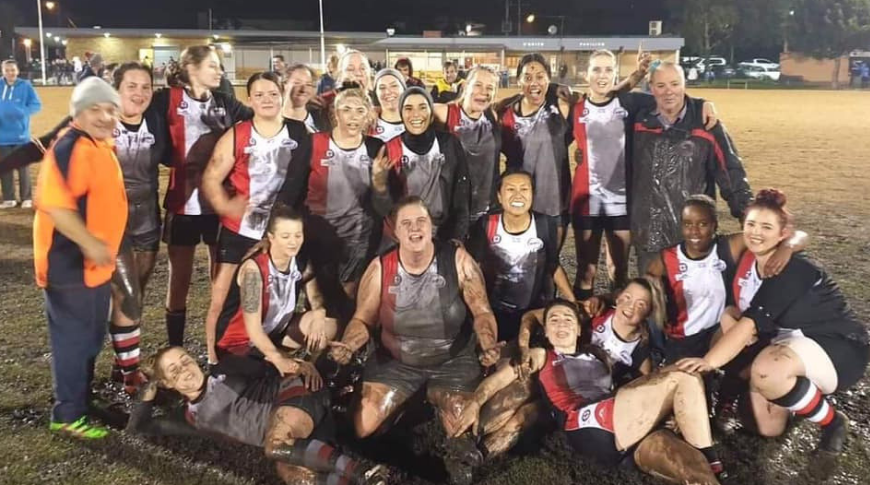 North Sunshine have recorded their first win of the Victoria University Polytechnic Senior Women’s season, with a resounding victory over Wyndhamvale.

The Roadrunners made a statement, with a 76-point victory on Friday night where six individual goal-kickers were able to make an impact on the scoreboard.

Braybrook fought back hard in the second half of their match against West Footscray, to hold on by just two points at the final siren. The Brookers had a strong first quarter, keeping the Roosters scoreless, but were met with a momentum swing in the second, as West Footscray managed a three-goals-to-zero quarter.

However, the Brookers worked hard to get themselves back in the game, taking back the lead in the final quarter. Iesha Lauaki’s forward pressure was influential, kicking two goals.

In similar fashion, Werribee Centrals have taken down Point Cook by more than ten goals.

The Bulldogs were kept to just two behinds for the match, as they conceded 18 scoring opportunities. Larissa Renaut and Samantha Kloet kicked four goals and three goals respectively.

Caroline Springs imposed Spotswood’s first loss, with a 15-point victory over the former ladder leaders. The first half was well-contested, as Spotswood trailed by just nine points at the major break.

However, they were unable to score more than a behind in the second half, as the Lakers managed to just run away with it. Alexandra Fato starred, kicking two of Caroline Springs’ four goals.

The Point Cook Centrals and Yarraville Seddon Eagles match was called off early due to the weather conditions. The Laverton and Tarneit game also finished in the second quarter due to a player injury.