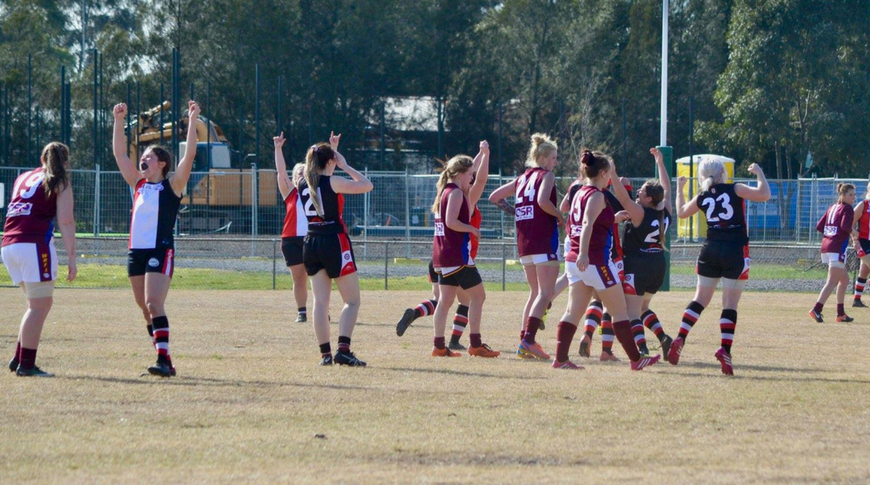 North Sunshine scored its second win of the season on Saturday, defeating Tarneit by 5 points in Round 12 action of the Victoria University Polytechnic Senior Women’s competition.

The Titans started the better of the two sides, having had five shots on goal to the Roadrunners’ one, but they couldn’t capitalise.

Odeth Lopez scored North Sunshine’s only goal for the day in the second quarter, and that was all it took to take down the visitors as they scored just eight behinds for the whole match.

It was a much tighter contest in comparison to the last time the two sides met earlier this season.

The Magpies fought hard, but in the first half couldn’t score despite working hard to win the ball out of the stoppages, while Spotswood made the most of their opportunities in-front of goal.

Spotswood had their chance to inflict some more scoreboard pressure in the second half, but couldn’t convert.

West Footscray put themselves back on the winners list this week, taking down Point Cook Centrals by 9-points.

The Roosters started strongly, keeping the visitors scoreless in the first quarter.

After Point Cook Centrals came at firing in the second quarter and trailed by just 1-point at half-time.

Finally, Manor Lakes kept Werribee Centrals scoreless as they went on to record a 46-point victory, their 10th of the season.