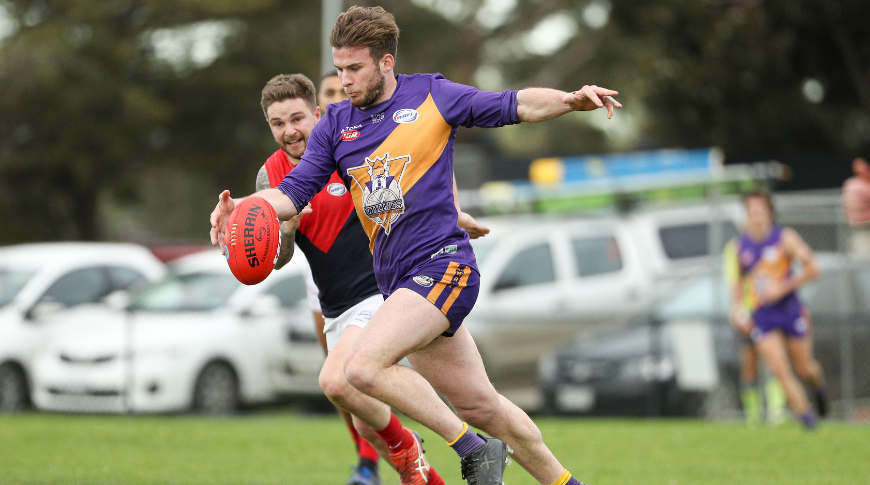 After 18 rounds of action, 2019’s RAMS Division 1 has now shifted into high gear for finals glory. While the teams playing off in post-season action had already been finalised, the top five positions still had the chance to be shifted over the weekend.

Minor premiers Altona were too strong for St Albans, notching their 16th win of the season by 97-points. Able to keep St Albans goalless in the first term while adding six of their own showed the Vikings were not flirting with form before the finals.

Patrick Rose continued his strong run of form with seven majors, dominating up forward for the Vikings.  Altona now will take a well-earned week off, as they head straight into a semi-final.

For St Albans, the heavy defeat sums up a disappointing end to a season which had a large amount of excitement midway through the year. Despite the end to 2019, there are plenty of positives for the Saints to take into pre-season and tackle 2020 with renewed energy.

Elsewhere, Deer Park showed their class with a 136-point win over Point Cook. Chris Stewart and Kwame Mcharg starred up forward with seven and five goals respectively. Jase Perkins also added three majors to take his tally to 71 goals in 2019, and a big win in the RAMS Division 1 goal kicking tally for this season.

Despite not making finals, Point Cook have shown signs of growth towards the back end of their first season in RAMS Division 1 and have plenty to take from this year into 2020.

Meanwhile, third-placed Deer Park will take on second-placed Spotswood in the qualifying final at Avalon Airport Oval, in what promises to be a tantalising clash.

Spotswood also had a dominant performance on the eve of finals, dismantling Caroline Springs by 127 points. Toby Kopa was excellent throughout the clash for the Woodsmen, while Dylan Callard added five goals.

The Lakers will be keen to bounce back into the 2020 season, while Spotswood have hit great form at the right time, as they prepare for a premiership tilt over the coming weeks.

Hoppers Crossing tuned up for their finals campaign with a 218-point win over Albion. Daniel Riosa starred up forward for the Warriors with eight goals, alongside Brenton Payne who added six majors.

Albion will be set for a major off-season, as they prepare for their relegation to there is time for Albion to rise again.

Hoppers Crossing will take on Werribee Districts in an elimination final, also at Avalon Airport Oval. Districts were tested by Sunshine over the weekend, but ultimately proved too strong with a 48-point win.

The Kangaroos and Joshua Linton started off strongly, taking a slim two-point lead into the quarter-time break. However, the second term showed Werribee Districts’ class, as they fought back to take a 30-point lead at half-time.

From there, it would have been natural to see Werribee Districts kick away with a huge lead, but Sunshine showed their trademark fight, closing the three-quarter time margin to 22 points.

With a nine-goal last quarter flurry, the Kangaroos were put to the sword by Oscar Junker, who finished with four majors, and Dillon Viojo-Rainbow’s polish around the ball.

The Kangaroos have made several top-five teams work for their wins, showing form that should have them placed for an even better 2020 season.

Werribee Districts will need to turn their form against Hoppers Crossing to win their final, having lost both home-and-away games against the Warriors in 2019.